An article from Mosaique Guinee

The consolidation of peace and social tranquility are the only alternatives for the sustainable development of the African continent.

Conakry hosted a meeting for exchanges and sharing of experiences between opinion leaders from Guinea and those from the West African sub-region. 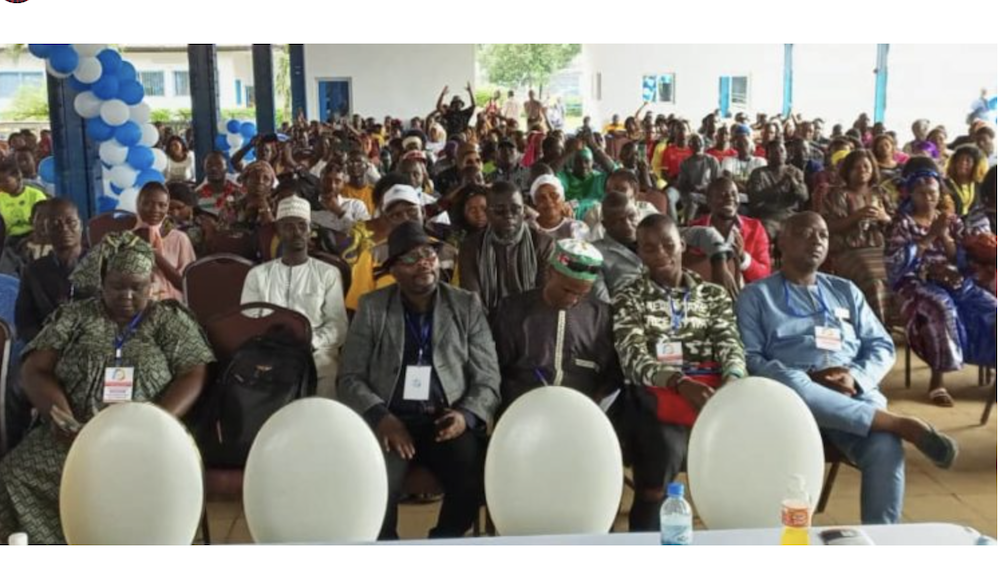 An initiative of the synergy of actions of the social forces of Guinea, this National and sub-regional Forum had as its theme “national unity and peace, challenges and prospects”.

For three days, Guineans, Malians, Senegalese, Burkinabe Ivorians, Nigerians, Nigeriens met in panels and focused their thoughts on the sustainability of peace and democratic achievements in the sub-region.

During the closing ceremony of this Forum, the general coordinator of the synergy of actions of the social forces of Guinea justified the approach by the fact that Guinea has been going through a situation of political instability for a year.

According to Alseny Oumar Diallo, the general coordinator of the synergy of actions of the social forces of Guinea, it is imperative to collect opinions and recommendations to serve as a guide to the national reconciliation process announced by the CNRD in Guinea.

He declared, “We need recommendations from everyone. These different recommendations will be in a document called the final report. And it will serve as a guide in the process of reconciliation, dialogue and forgiveness in Guinea. That is why from the beginning we identified the sources of division in our country. Also, we sought to know the opinions of all the actors involved in the reconciliation process, to facilitate this work. This is why we have invited brother countries to share experiences and ideas with them”.

For his part, Moussa Sey Diallo from the Republic of Mali, also a spokesperson for the panelists, welcomed the holding of this workshop: “I would like to thank those who organized this synergy and who invited us to come and take part in this forum which is truly a kind of course in giving and receiving. We must go through this initiative so that Africans can rub shoulders and discover each other.”

According to him, the scope and relevance of the theme goes beyond Guinea. This is why he urged the organizers to perpetuate their actions in the sense that Guinea, which was the first French-speaking country in the sub-region to gain independence, must serve as an example.

“Guinea must initiate a lot of things to try to bring around it many other nations,” added the spokesperson for the panelists.

Present at this work, Balla Condé says he has acquired a lot of experience that can enable him to raise awareness among these citizens and manage the community. He thus promises to popularize the teachings received from the meeting among his fellow citizens. “I will make them understand who is a good citizen. What do we want for this country? And tell them about the importance of peace in a country. It is important for African peoples to build human and intellectual capacities,” he stresses.

Finally, the panelists invited the decision-makers to advocate peace and tranquility within their respective States. According to them, the culture of peace and national unity is priceless.