The Pan-African Youth Network for the Culture of Peace, Gabon section (PAYNCoP Gabon) organized last weekend in Oyem, “A consultative workshop on the civic and political participation of young people in Gabon”. The activity took place on the occasion of the commemoration of the International Day of Democracy, celebrated on September 15 each year. 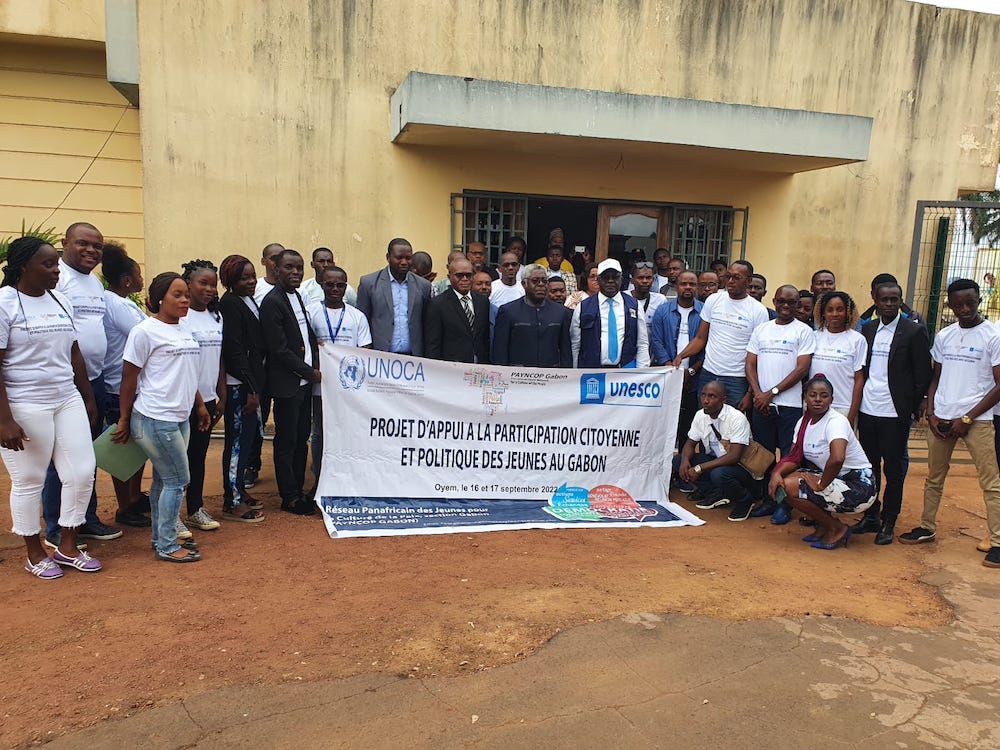 After Franceville in the province of Haut-Ogooué (East Gabon), Oyem in the province of Woleu-Ntem (North Gabon) was the second city to host these consultative workshops which are part of the initiative entitled “Project to support the civic and political participation of young people in Gabon.”

The activity was supported by the presence of the Provincial Governor, Mr. Jules NDJEKI, who officially launched the work, in the presence of about fifty participants, from civil society organizations and political parties, both majority and opposition.

The initiative, supported by the United Nations Regional Office for Central Africa (UNOCA) in partnership with UNESCO, aims to encourage the civic and political participation of young people in Gabon, especially before, during and after the elections.

For Rachel Oyane, President of the Provincial Youth Council, “Holding this workshop coinciding with the celebration of the International Day of Democracy. It challenges us to see that democracy is not a completed process, but rather an evolving work. which involves all actors in society. In particular civil society organizations have an increasingly important role to play. It is in this sense that we welcome, once again, this project which gives voice to young people in order to reflect on the mechanisms and measures that can improve our civic and political participation”

After these consultation workshops, PAYNCoP is planning an advocacy campaign with public authorities as well as raising awareness on violence and hate speech during the election period. Training and capacity building are also planned for young people engaged in political life and in associations.

After this stage, Port-Gentil and Libreville are the next cities that will host these workshops.