An article from the Vietnam News Agency

(Editor’s note: As of this writing on September 9, there is no general article available on the United Nations High Level Forum on the Culture of Peace that took place on September 6. Instead, here is the press release of the Vietnam News Agency followed by links to all of the available published statements by the General Assembly President and various UN member states, all from Asia and the Middle East.)

Ambassador Dang Hoang Giang, Permanent Representative of Vietnam to the United Nations (UN), stressed the importance of the culture of peace and non-violence in the world while attending the UN General Assembly’s high-level forum on culture of peace on September 6. 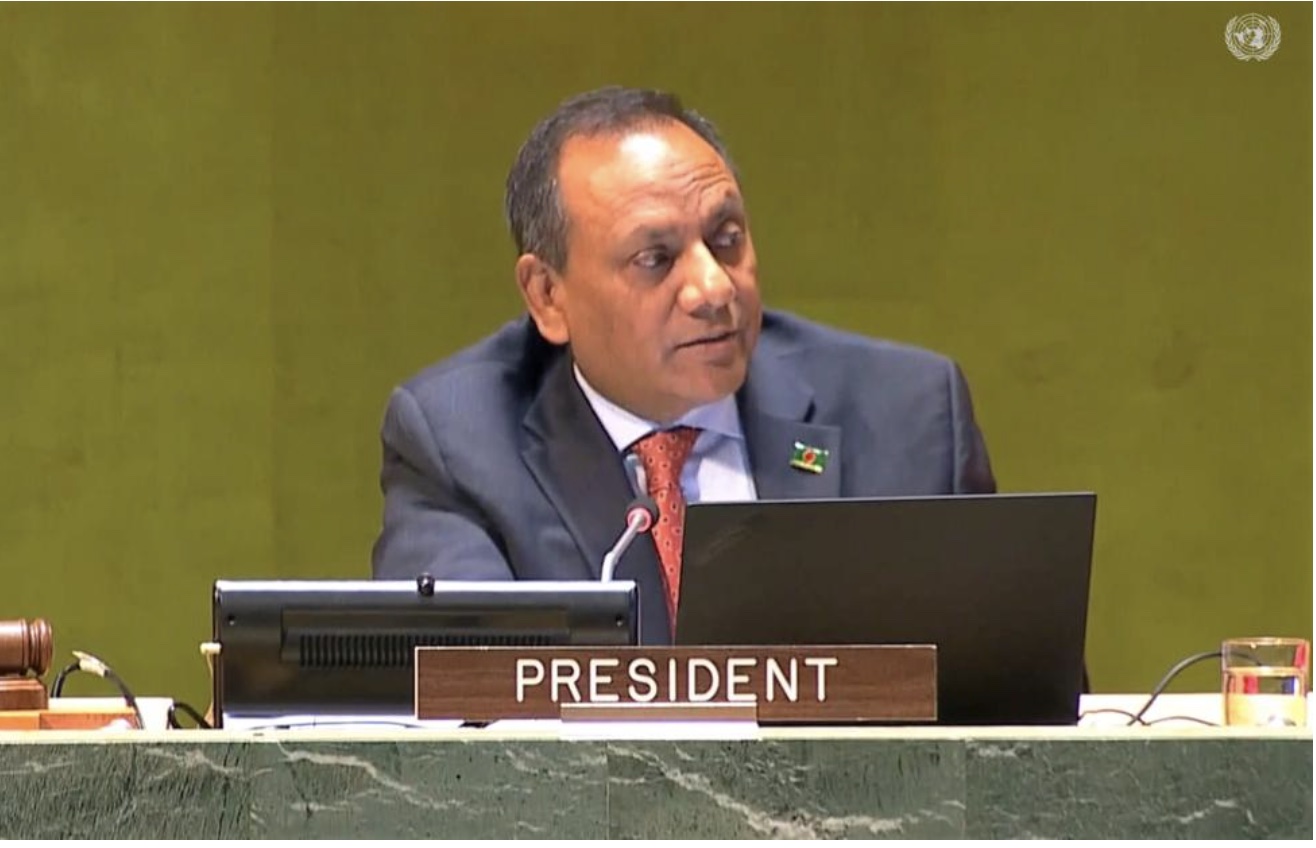 As a country that went through wars to protect its independence and sovereignty, Vietnam specially cherishes the value of peace and stability, Giang stated, adding in that context, generations of Vietnamese people have made efforts to build the foundation for peace, through promoting friendship, harmony and mutual understanding among nations.

Vietnam always promotes the settlement of conflicts and disputes by peaceful means, without the threat or use of force, and by complying and implementing international law.

The diplomat emphasised the need for the international community to support efforts to build and maintain peace, while respecting the responsibility, independence and mastery of countries in accordance with the UN Chapter and international law.

President of the UNGA Abdullah Shahid said that the COVID-19 pandemic and long-lasting conflicts in many areas of the world have worsened discrimination and intolerance, and complicated instability and poverty.

Abdullah Shahid and speakers at the forum emphasised the importance of efforts to promote the building and maintenance of lasting peace, address the root causes of conflicts, and promote the building of harmonious and inclusive societies, in which no one is left behind.

Many of them recognised the role and contributions of the UN Peacebuilding Commission, calling for increased assurance of resources for efforts to build and maintain peace.

A culture of peace is given a very comprehensive definition in the Declaration and Programme of Action on a Culture of Peace, which was adopted by the General Assembly, in September 1999. It is defined as “a set of values, attitudes, modes of behavior and ways of life that reject violence and prevent conflicts by tackling their root causes to solve problems through dialogue and negotiation among individuals, groups and nations”./.

Statement by the President of the UN General Assembly