An article by Benjamin Norton in Multipolarista

Brazil’s left-wing leader Lula da Silva has proposed creating a pan-Latin American currency, in order to “be freed of the dollar.”

A founder of Brazil’s Workers’ Party, Lula served as president for two terms, from 2003 to 2011. He is now the leading candidate as Brazil’s October 2022 presidential elections approach.

If he returns to the presidency, “We are going to create a currency in Latin America, because we can’t keep depending on the dollar,” Lula said in a speech at a rally on May 2. 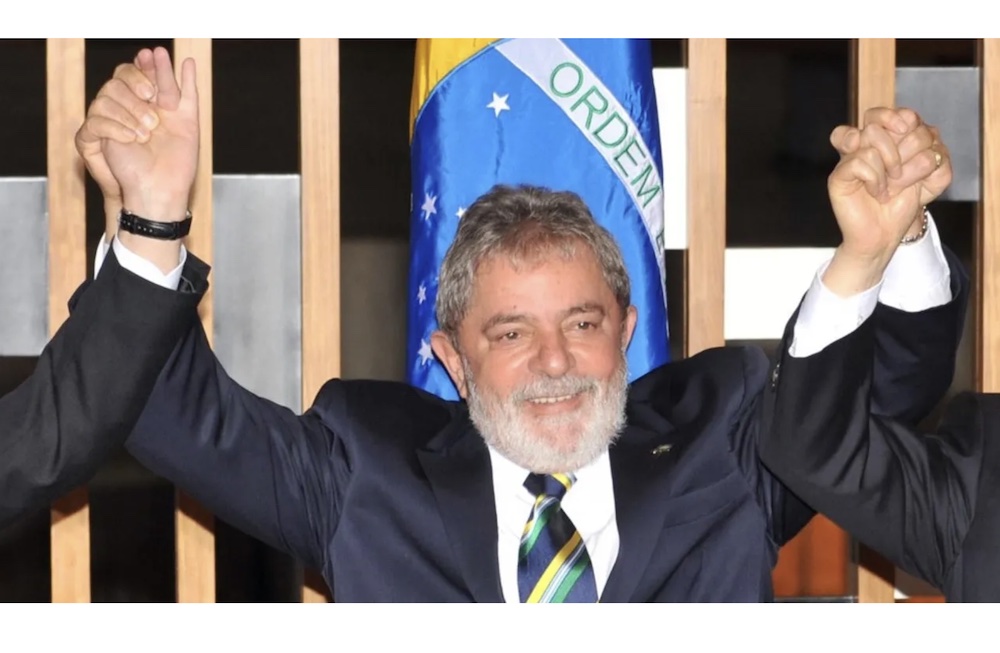 He revealed that the currency would be called the Sur, which means “South” in Spanish.

Lula explained that countries in Latin America could still keep their sovereign domestic currency, but they could use the Sur to do bilateral trade with each other, instead of having to exchange for US dollars.

The Sur could also help to contain inflation in the region, Lula argued.

Lula said the goal of the currency would be to deepen Latin American integration and strengthen the region’s economic sovereignty, weakening its dependence on the United States.

Under Brazil’s current government, led by far-right leader Jair Bolsonaro, the South American giant has subordinated itself to Washington, while viciously attacking the left-wing governments in the region.

Bolsonaro’s Brazil has refused to recognize the legitimacy of the leftist Chavista government in its neighbor Venezuela, and has even supported violent cross-border terrorist attacks against it.

If he returns to the presidency, Lula pledged that Brazil “will strengthen its relations with Latin America.”

In 2020, Lula published a call “For a Multipolar World.” He explained his goal is “the creation of a multipolar world, free from unilateral hegemony and from sterile bipolar confrontation,” that “would permit a true re-founding of the multilateral order, based on principles of real multilateralism, in which international cooperation can truly flourish.”

Lula’s proposal for the Sur is certainly not the first time progressive politicians in Latin America have tried to create a common currency. This has long been a dream of left-wing leaders in the region.

Venezuela’s revolutionary former president Hugo Chávez developed an international currency as part of the Bolivarian Alliance (ALBA), an economic coalition of left-wing governments in Latin America and the Caribbean.

This currency was called the Sucre, and was adopted in 2009 by Venezuela, Nicaragua, Cuba, Bolivia, and Ecuador.

Sucre was an acronym for “Unified System for Regional Compensation,” but also a reference to Antonio José de Sucre, who helped lead the South American independence struggle against Spanish colonialism, alongside Simón Bolívar.

Ecuador’s government, under leftist President Rafael Correa, who has a Ph.D. in economics, was the main adopter of the Sucre.

At its peak in 2012, the Sucre was used for more than $1 billion in bilateral annual trade in the region.

But the currency fell out of use by 2016, following Chávez’s death in 2013, a massive drop in commodity prices in 2014, the imposition of US sanctions on Venezuela in 2015, and violent coup attempts against Chávez’s successor Nicolás Maduro.

Ecuador’s subsequent right-wing President Lenín Moreno, with US backing, later removed his country from the ALBA, dealing a huge blow to the Sucre and dreams of regional integration.

Brazil’s presidential elections will be held in October 2022.

Bolsonaro only came to power in the 2018 elections due to a soft coup d’etat backed by the United States.

Lula had been significantly ahead in the polls in the lead-up to the 2018 vote, but Brazil’s judicial system imprisoned him on false charges, handing the victory to Bolsonaro.

The US Justice Department helped support this campaign of what Lula calls legal warfare, or lawfare, to prevent him from returning to the presidency.

The UN Human Rights Committee found this April that the prosecution of Lula was politically motivated and violated his rights.

“The investigation and prosecution of former President Lula da Silva violated his right to be tried by an impartial tribunal, his right to privacy and his political rights,” the UN legal experts determined.