(Editor’s note: News from the World Social Forum is not published by any main-stream media except that of Cuba. And even worse, as described below, some of the Cuba media is not accessible on the Internet) 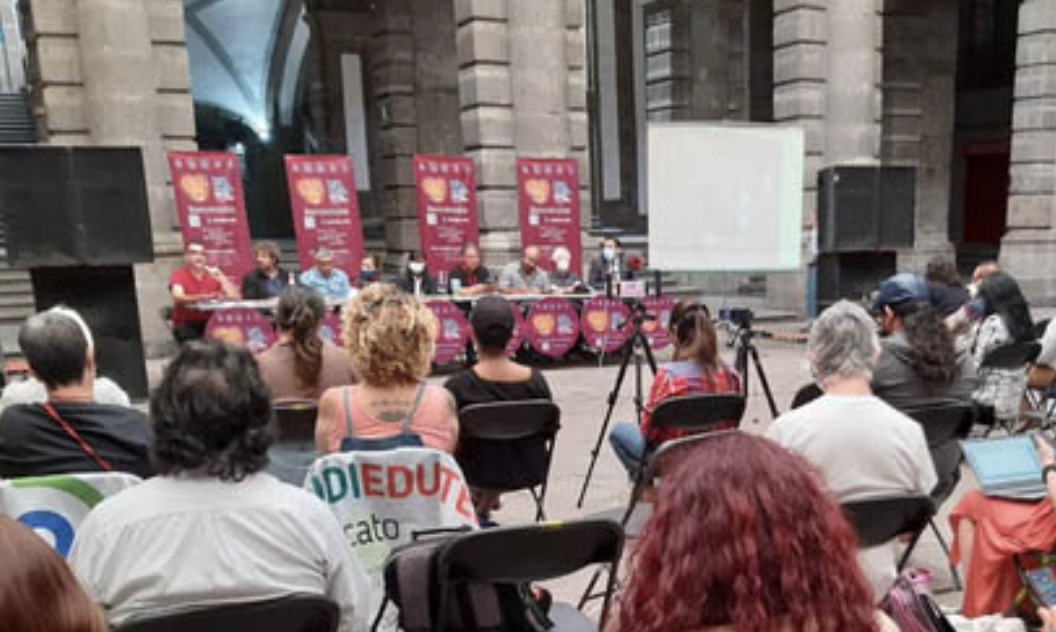 Among the issues is the international forum Organization of the Workers, Labor Reforms and Trade Union Freedom, sponsored by the New Central Union of Workers (NCT) and the Mexican Electrical Workers Union.

Papers on transformation economies, popular education, solidarity integration and good living in Latin America, and the experience in Colombia, are also on the program of the event.

The New Central Union of Workers will present its criteria on employment in another possible world, in a panel of discussion in which the urgency of overcoming neoliberalism and labor precariousness will be addressed.

The XIV World Social Forum is addressing, on its fourth day of sessions, the central theme Challenges of the new labor realities, as part of the global objective Work in another possible world.

The sessions, which are being held in plenary sessions and commissions at the Palacio de la Minería, in the historic center of Mexico City, began on May 1 and will conclude on May 6, when the venue for the next meeting is to be determined.

Today´s basic theme is presented by the New Workers Central with the co-sponsorship of the Mexican Union of Electricians, and will address, among other aspects, automation, outsourcing, teleworking and platforms.

At the same time there will be a panel within the same section on post-Tpandemic, health and labor, in charge of the same workers’ union.

The activities will be numerous, according to the program, as it includes, among many other presentations and debates on economic alternatives of the peoples and socio-economic justice, and defense of life, environment and territories.

As a topical issue, an exhibition on the elimination of hydrocarbons in Mexico, the Mexican alliance against fracking, as well as democracy, political participation, construction of critical global citizenship and autonomy.

(Editor’s note: The following sources about the World Social Forum are listed in Duckduckgo search engine but not in Google, and they are not accessible on the Internet, at least not in France where I am living: https://cubasi.cu/en/news/mexicoworld-social-forum-addresses-challenges-new-labor-realities and https://www.radiohc.cu/index.php/fr/noticias/internacionales/293776-le-forum-social-mondial-aborde-a-mexico-les-defis-des-nouvelles-realites-du-travail. And the following source, although listed in google, is not accessible: https://www.radioartemisa.icrt.cu/en/international/2022/05/04/mexico-world-social-forum-addresses-challenges-of-new-labor-realities/. Are they being jammed and banned from Google as part of the American Empire information war? Although Prensa Latina continues to be accessible and listed in Google, the latest news is that the United States is blocking visas for Prensa Latina journalists to work at the United Nations.)