Here is the trailer from the documentary film by Oliver Stone, Academy Award-winning director, screenwriter and producer, about the history of Ukraine, what happened in Kiev in 2014, and the role of western media and USA in what happened on Maidan. The film was made in 2016 but only made public this year on March 5.

Description from IMDB: Ukraine. Across its eastern border is Russia and to its west-Europe. For centuries, it has been at the center of a tug-of-war between powers seeking to control its rich lands and access to the Black Sea. 2014’s Maidan Massacre triggered a bloody uprising that ousted President Viktor Yanukovych and painted Russia as the perpetrator by Western media. But was it? “Ukraine on Fire” by Igor Lopatonok provides a historical perspective for the deep divisions in the region which lead to the 2004 Orange Revolution, 2014 uprisings, and the violent overthrow of democratically elected Yanukovych. 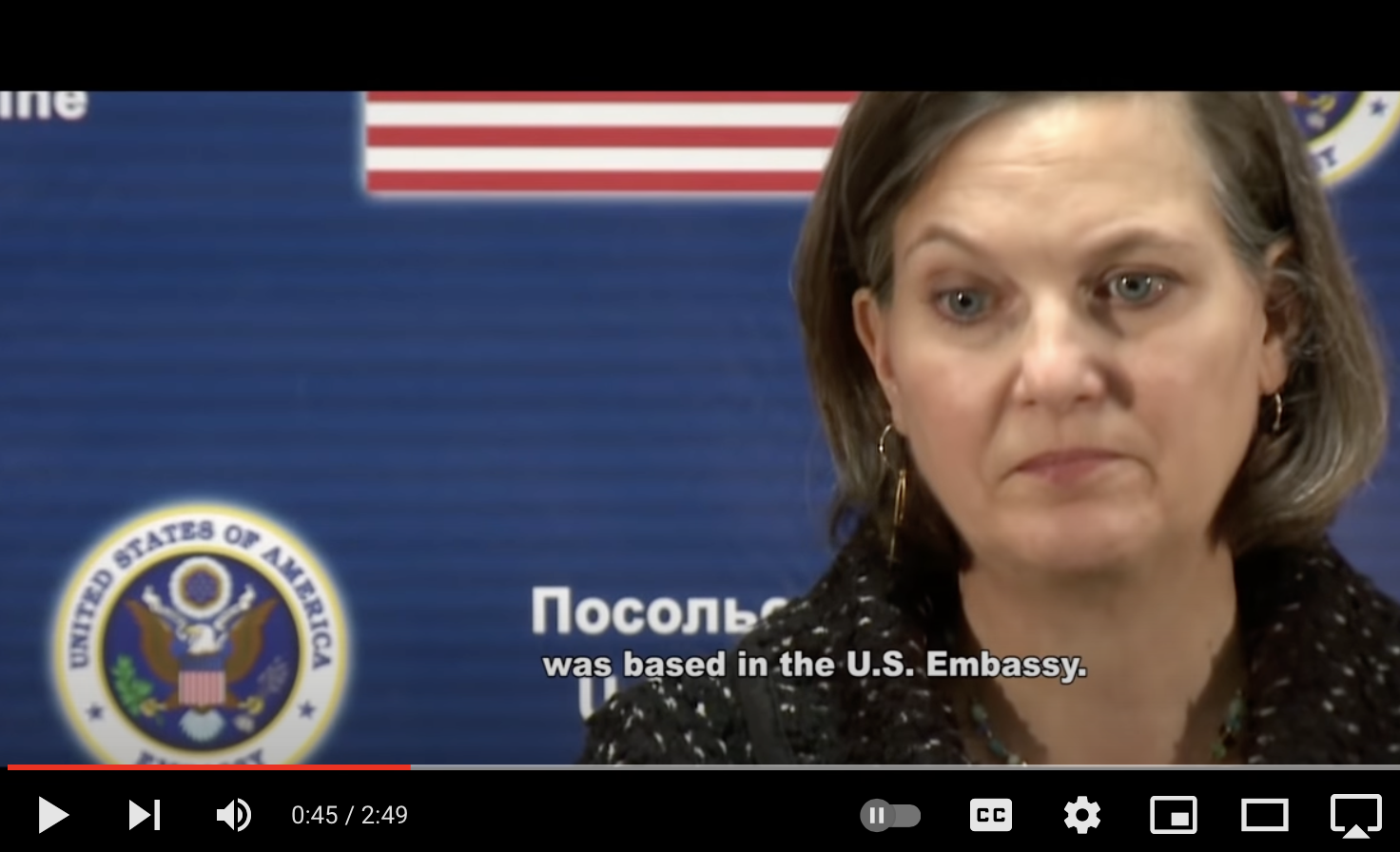 Covered by Western media as a people’s revolution, it was in fact a coup d’état scripted and staged by nationalist groups and the U.S. State Department. Investigative journalist Robert Parry reveals how U.S.-funded political NGOs and media companies have emerged since the 80s replacing the CIA in promoting America’s geopolitical agenda abroad. 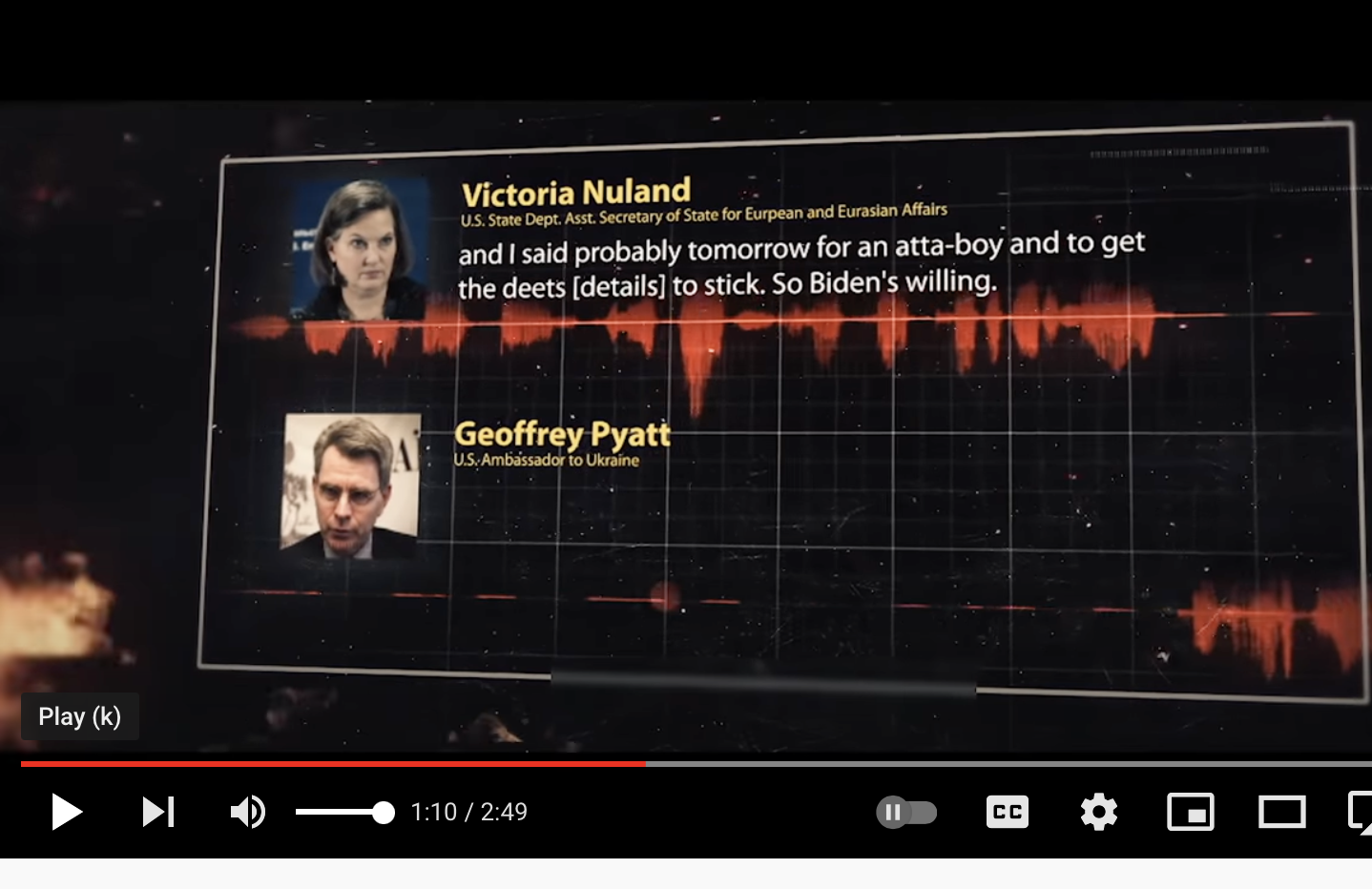 The film documents a leaked discussion between Victoria Nuland, US State Dept Assistant Secretary of State for European and Eurasian Affairs and Geoffrey Pyatt, the US ambassador to Ukraine in which they discuss how to create a government friendly to the US. (The full conversation is available here on a different Youtube video. 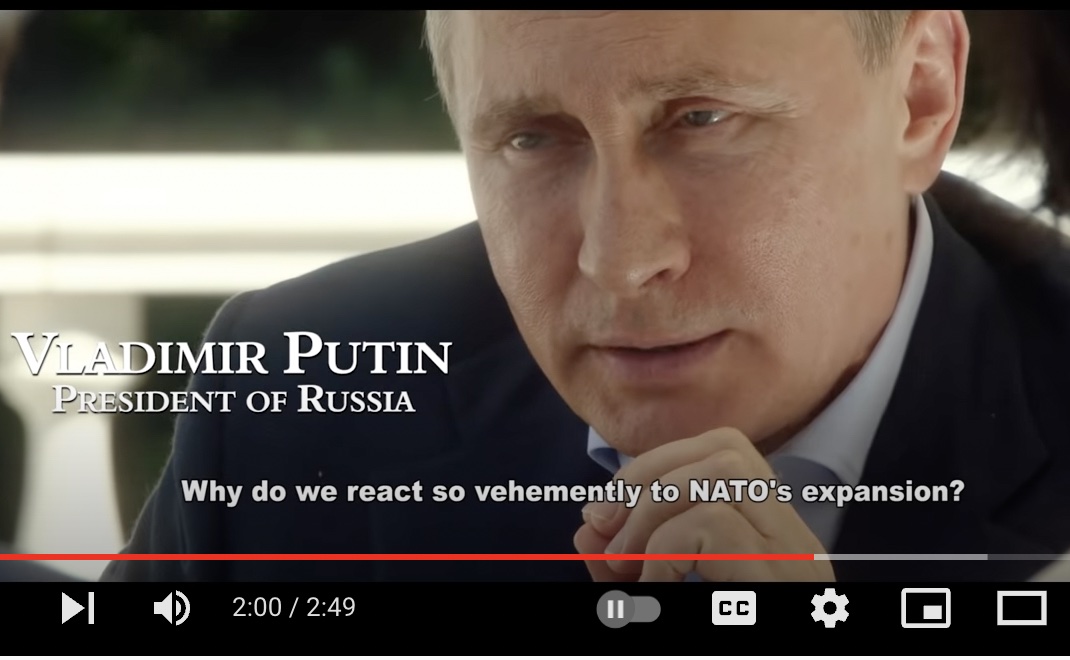 Of particular relevance to today’s war in the Ukraine is the following dialogue in the film between Oliver Stone and Vladimir Putin:

VP. Why do we react so vehemently to NATO’s expansion? When a country becomes a member of NATO, it can’t resist pressure from the U.S.A. Soon, anything can appear in the country, missile defense systems, new bases, new missile strike systems. What should we do?