As China steers an ambiguous path on Ukraine – refusing to condemn Russian aggression yet supporting Ukraine’s right to exist – Chinese academic dissent is emerging against the official government line, albeit quickly censored. 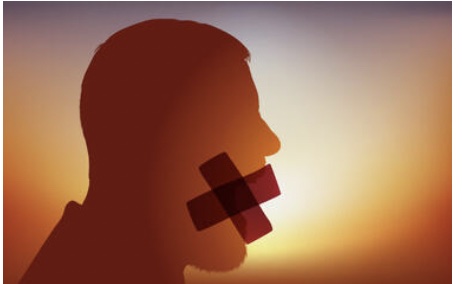 At the same time academics in China are scrambling to understand the fast-changing international landscape, with restrictions on international academic contacts still in place.

With an urgent need to understand significant policy changes in Europe in recent weeks, a proposal was presented to the joint sessions of China’s National People’s Congress and its advisory body the National Committee of the Chinese People’s Political Consultative Conference (CPPCC) for strict controls on contacts by academics – including contact via video link – with overseas academics and universities to be lifted.

Chinese professors have been restricted from airing their views and are reluctant to contradict the official Communist Party line on international relations and political events. However, a group of five prominent history professors from top Chinese universities were willing to go against the official narrative in a rare joint letter condemning the invasion of Ukraine.

“We emphatically call on the Russian government and President [Vladimir] Putin to stop the war and resolve any dispute through negotiations,” it said, despite Beijing’s ban on airing views on Russia in Ukraine, outlined in instructions from the government in late February.

The letter was immediately removed by censors when it appeared on 26 February on the Chinese social media platform WeChat but not before it had been viewed and commented upon – including attacking the professors on China’s social media with some calling them spies or traitors.

Chinese social media has been dominated by nationalistic voices in the days since Russia’s invasion of Ukraine. They follow the official line blaming the United States and its Western allies for the crisis.

“Over the past few days we have been closely following the development of the situation,” the professors said in their letter. “In the midst of all the noise, we felt the need to make our voices heard.”

“We empathise with the suffering of the Ukrainian people,” they said.

“We are concerned that Russian military action will lead to turmoil in Europe and the entire world, and trigger wider humanitarian disaster.”

Xu, professor of history at the University of Hong Kong and one of the signatories, said in an interview with the BBC’s Chinese service that he initially hoped that the open letter would attract other scholars to sign up and did not expect it to be blocked so soon.

“Our starting point at the time was that in the midst of all the noise, we historians should have a little independent thinking of our own.”“We hoped to appeal to rationality, to conscience, and appeal to everyone to get out of the trap of narrow nationalism.”

He noted that the two World Wars were caused by such nationalism. “Narrow and blind nationalism is not only a risk to China but to all countries,” he said.

Andreas Fulda, political scientist and China scholar at the University of Nottingham, United Kingdom, described the professors as “pretty daring” for coming out with their letter.

The letter “goes against the entire grain of the propaganda of [Chinese President] Xi Jinping, and whilst the [Chinese] government is trying to play a neutral role, it is fairly evident from state media but also social media that there’s a pro-Russia campaign under way”.

“We also know this from the censorship instructions that are instructed to scrub off any reference to Ukraine or pro-Ukraine sentiment or critique of the Chinese government position or any understanding they may have towards the position of NATO [in the crisis],” Fulda said. “So if you issue a statement that is clearly pro-peace and sympathetic towards Ukraine, then you are taking considerable risks in China right now.”

Sigrun Abels, head of the China Centre at the Technical University of Berlin in Germany, described the academics as courageous but noted that barring their views “goes beyond the normal censorship because China is struggling to find its position in this political crisis now”.

Experts have been observing China’s balancing act, “to somehow find a position and not being too concrete – not condemning Russia, for example, for the invasion into Ukraine – and knowing that the whole world is waiting for Xi Jinping to intervene if he could,” Abels told University World News.

In this situation, “it is difficult for the Chinese Communist Party to accept people who position themselves on the academic stage.”

Abels noted that the Chinese leadership would see it as dangerous for others to set the tone. “If somebody else is leading the political line, even though the political lines are not really fixed at this moment, it’s easier to handle it with their normal censorship instruments, and this is what is happening.”

On Monday 7 March, a petition condemning the invasion of Ukraine signed by 121 alumni from several of China’s top universities was circulating in and outside China. The petition called on the Chinese government to honour commitments made to Ukraine under UN Security Council Resolution 984, which provides security assurances to countries without nuclear weapons.

“We resolutely support the righteous fight of the Ukrainian people against Russian aggression. We demand that the international community maintain and respect the territorial integrity, the national dignity, and the sovereignty of Ukraine,” the statement said.

Professors have been punished in the past for comments against government policies in China, and there are also incidents of students reporting professors and teachers to the authorities for politically “inappropriate” remarks in class.

Last month Peking University’s Institute of International and Strategic Studies published a report which concluded that China would suffer more than the US in ‘decoupling’ technology – the report was removed from the web shortly after publication.

Academics need permission to attend even virtual international conferences. Chinese universities hosting virtual conferences organised abroad are required to submit the agendas for advance approval together with details of all foreign participants.

Chinese scholars, and those in the field of international relations, face some of the toughest restrictions, hampering communication with the outside world.

“Definitely people in universities are more cautious about talking openly about certain issues if they affect the Chinese government,” said Dominic Sachsenmaier, professor of modern China at the University of Göttingen, Germany.

Contacts are being limited, according to Fulda. “Chinese academics were always keen to have face-to-face exchanges but now China is cut off from the global community. Social media isn’t the solution because everything that you say on Weixin [social media] is monitored, so the idea that academics can have a protected space where you can communicate has subsided.”

Last year, Jia Qingguo, a Peking University professor of international relations who is a CPPCC delegate, said in a formal statement that such restrictions could harm China’s foreign policy.

“Excessive management will affect experts’ analysis of international issues and the quality of their advice,” Jia said in a proposal to the CPPCC National Committee to lift the restrictions, saying approvals for academics engaging with overseas think tanks and universities were unnecessary.

As international events have moved at breakneck speed after the Russian invasion of Ukraine, there are indications that Chinese academics and think tanks are struggling to make sense of the changes.

Some Western academics, particularly in Germany, noted that some Chinese academics had reached out unofficially to them in recent weeks to understand major changes under way in German foreign policy since the invasion of Ukraine.

“There is a lot of confusion in Chinese academic circles in the political science and international relations fields; they are struggling to understand these historic changes in Europe,” said an academic in Hong Kong who spoke on condition of anonymity.

“They have only the official version, but they fear it may be ill-informed without input from experts in the West who really understand their own countries’ policies. Like all academics, they want to refer to a variety of sources.”

Abels said universities and academics in Germany were used to having discussions with Chinese partners and trying to explain what is going on in Europe, but contacts are limited and it has been difficult to have proper discussions online.

“Normally we have frequent contact with the [Chinese] embassy to keep in touch, but this is not the case at the moment; there is no active discussion going on.”

“I’m sure they have their official channels and I think they are translating every article that academics are writing in German,” she added.

Jia repeated his call this year in a renewed proposal to the National Committee of the CPPCC which started its annual session on 5 March.

His proposal included giving universities and think tanks more autonomy to decide who could attend international conferences rather than seeking advance approval from the central authorities.

Jia said last year some institutions demand approval from two persons for any meeting with foreigners, and the Chinese expert has to submit a detailed meeting report afterwards. They also cannot meet the same foreigners more than twice in a year.

“It is only through keeping in touch with others, and exchanges, that experts can get an up-to-date and objective understanding of what’s happening outside, and provide reasonable policy suggestions to the government,” Jia said in his 2021 communication to the CPPCC National Committee.