An article by Andrea Germanos from Common Dreams (reprinted according to Creative Commons CC BY-NC-ND 3.0)

Honduras’ new leftist president on Wednesday intervened  to halt a court-ordered eviction of an Indigenous community from their ancestral lands following violent scenes of the attempted forced removal by police earlier in the day. 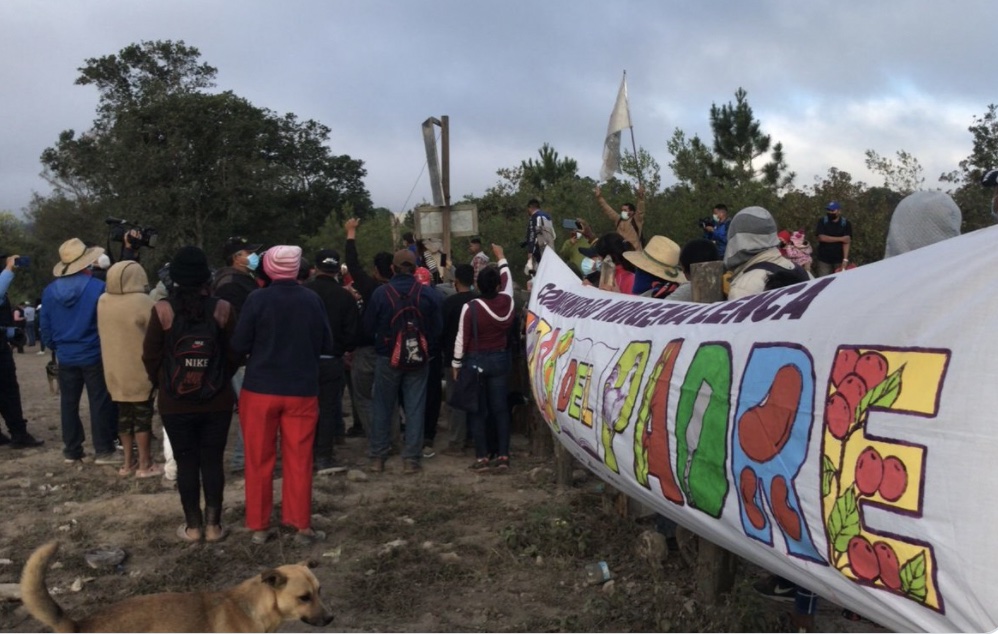 Human Rights Minister Natalie Roque shared  on social media that, with orders from President Xiomara Castro, lawyers and officials from her office went to the Tierras del Padre community, located just south of the capital of Tegucigalpa, to stop the evictions, saying the suspension was in accordance  with the law and authorized by the state.`

“We are not going to tolerate any aggression or blow against a pregnant woman or against a citizen or against a child,” presidential adviser Pedro Amador said on the scene,  according to  video circulated on social media

In a tweet, Roque accused judicial officials who’d approved the evictions of continuing “in the power of the dictatorship.” As  Agence France-Presse  reported  last month, “four of the five judges in the court’s constitutional chamber were named to their posts by the previous Congress, which was dominated by the right-wing National Party of former president Juan Orlando Hernandez.”

A statement from the country’s human rights ministry  called  the proposed expulsions—performed at the behest of a businessman and land developer who claims ownership of the area—a “clear violation of the human rights of over 100 families who live in the sector in an ancestral Lenca territory that dates from the year 1739.”