(Phyllis Kotite was a reporter and frequent contributor to CPNN) Here is her obituary from the Academic University for Non-Violence & Human Rights in her beloved homeland of Lebanon.)

Our very dear friend, the first member to join the Council of Fellows of AUNOHR, has passed away last week in Paris. Although she was more than 90 years old, she was at the peak of her intellectual prowess and she maintained her ever energetic and generous spirit. 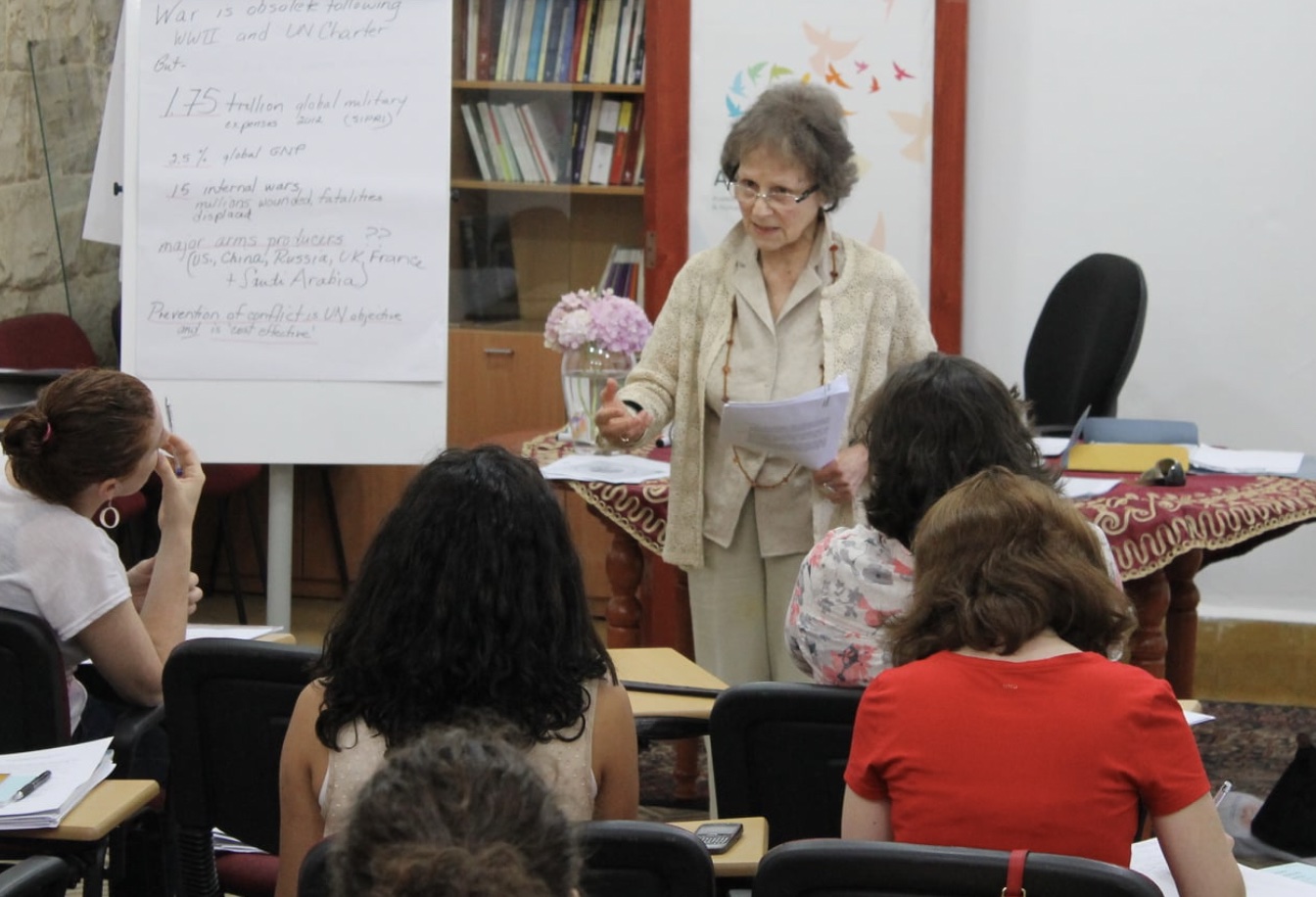 One of the first Lebanese women to work at the UN in New York, and then at UNESCO in Paris, Phyllis continued to serve as a consultant and contributor to peace-building and non-violence education as well as conflict prevention programmes.

She was a born into a Lebanese family (Marjeyoun; South Lebanon) that immigrated to the United States of America at the beginning of the last century. However, she chose to build strong relations with her homeland and she actively immersed herself in all the challenging affairs that Lebanon was going through. She was an influential activist who decided that her ties to Lebanon and the Arab World should not be merely a matter of family heritage, but a matter of significant social change. She was a firm secularist whose beliefs were never compromised when sectarian warfare raged in Lebanon and she always remained true to her ideals.

She always sought to utilize her international relations and networks to support hundreds of individuals and tens of civil society organizations from all countries, especially Arab countries, as well to advocate social change causes and political and cultural liberation causes. This was especially true for Lebanon and for the Palestinian cause. She was most drawn to working with youth whom she saw as the face of the future.

Not a week would pass without her suggesting a new initiative to our university. She always sought to build new connections and networking opportunities, and she would relentlessly reach out to others, develop plans and open various horizons for future growth. She was incredibly generous and she always gave us her unwavering support, for she was convinced that the establishment of a university to spread the culture of non-violence and human rights in the Arab World was a unique and momentous undertaking, and that it was nothing short of a “heroic act”.

She offered all this incredible support while she was all on her own, with no institutions or office staff assisting her. Up until her last day, she continued to independently live by herself. She was an avid lover of music, arts, and culture. She was also an enthusiastic reader and a seeker of knowledge, and she was active in multiple initiatives and organizations.

Two days before her passing, she messaged Dr. Ogarit Younan, to send her regards and propose ideas for the MOU with Birzeit University. She had been a close friend to the founders of AUNOHR since the early nineties. Over the years, she offered several lectures for trainees, including some who have pursued this interest to become students at the university. Her lectures were on the topic of conflict prevention and she distributed her 2012 UNESCO publication on the topic to many of the students.

It was hard for anyone to guess her age given how she led her life with such youthfulness and passion. She was always dynamic and positive, no matter what the circumstances were, and she was a spontaneous and natural giver, without once weighing what she would get in return.

A loving and giving person never truly passes away, for love has never been held back by death.

Goodbye Phyllis Koteit, with our love.