An article from The Jamaica Information Service

Restorative Justice Centres, which offer services to resolve conflicts, have noted an increase in referrals from the courts and communities across the island.

This was disclosed by Restorative Justice Coordinator, Andriene Lindsay. She tells JIS NEWS that conferences, in particular, have exceeded their target by 269 cases. 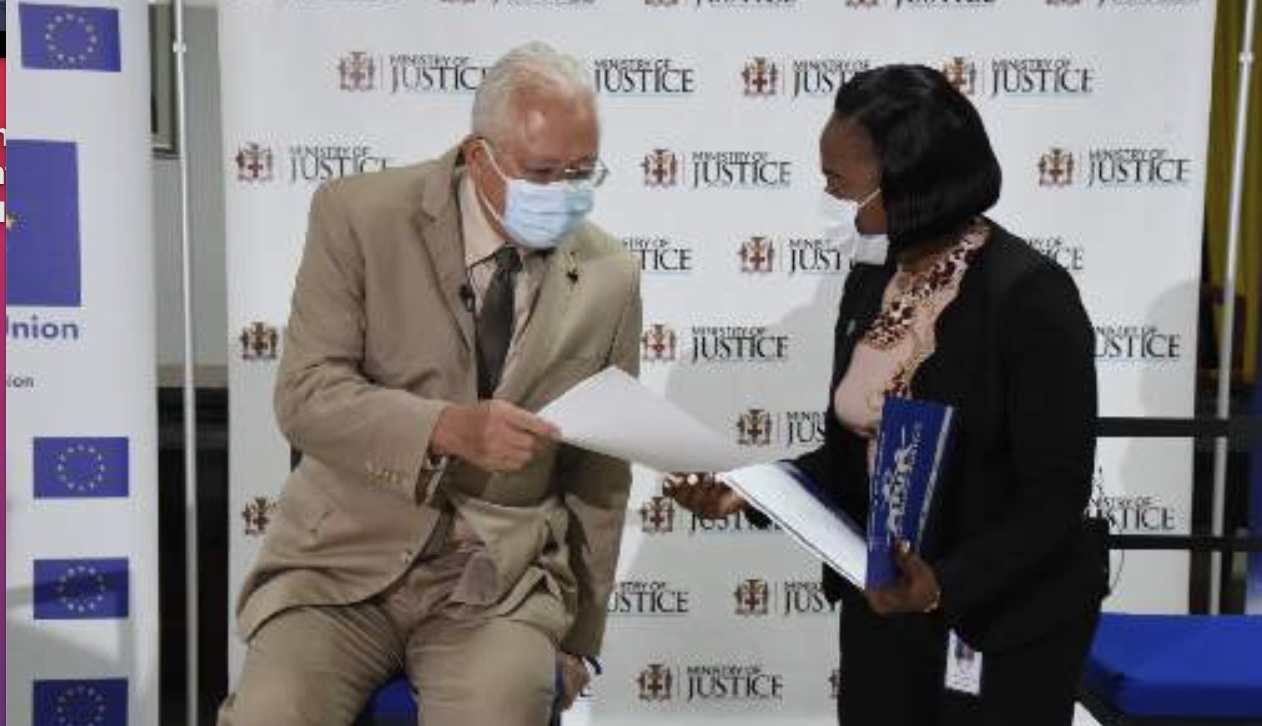 “The target for this year is 2,200 conferences and for the second quarter we actually completed 616 conferences, and that was in addition to our first-quarter results, and a total of 1,369 at the moment. or where we should be, which is 1,100, we are 269 ahead of our target. So, we’re doing really well in terms of conferences,” she says.

“This, when it comes to the variance, would be due to an increase in the referrals associated with sensitisation, particularly from the courts and the community. We’ve also had an increase in staff, which means we have an increased capacity for how many conferences we can actually conduct,” she further adds.

Ms. Lindsay says the Centres have also included virtual sessions, which makes it “easier for participants to interact”.

A conference is a tool used by the centre administrators that includes its facilitators, a Justice of the Peace and community supporters who can help to provide emotional support to everyone involved in the dispute.

“During the sessions, each person gets to tell their side of the story, but this time to the other parties that are involved. At that time, nobody else can speak; it’s just one person at a time.

If there are any questions, those can be asked and responded to by the facilitator or community supporters. The last phase of the conference is what to do to move on and make things right,” she tells JIS News.

Ms. Lindsay notes that after each conference, the individuals involved in the disputes sign an agreement relative to the agreed resolution.

“If this process is done through the court, then that document once returned to court becomes a legally binding document, but if it is in the community, then what we do is just trust the participants to stick to that agreement, and we monitor it,” she adds.

She says follow-up for each case is done between three and six months and citizens can benefit from the Centre’s services free of charge.

“This is a free service, from the starting point to the finishing point. The Ministry of Justice does not charge any fees for interacting with the Restorative Justice Unit. We provide follow-up sessions, as well, free of charge and, of course, if any counselling services are required, we will also refer them free of charge to our Victim Services Unit,” she says.

The Centres will be established in every parish and are equipped to handle matters related to child diversion, restorative justice and dispute resolution, among other justice-related issues.

They also serve as a point of contact for custodes and justices of the peace.

“The Ministry of Justice is committed to make restorative justice a major part of the work that we will be carrying out, and we are doing so because we have seen that it is successful,” Minister of Justice, Hon. Delroy Chuck, says. He was speaking at a previous Restorative Justice Facilitator Training Programme.

The aims of the Restorative Justice Programme include the creation of a culture of peace through processes that emphasise the values of mutual respect, dignity and concern among one another in an environment of healing, reconciliation and restoration.

The Ministry is also trying for individuals and communities to become empowered to respond to crime positively, to enable productive relationships and reduce criminal case backlog.