An article from All Africa

The celebration of the International Day for Tolerance aims at enshrining the principles of peaceful coexistence between citizens of the same country, regardless of their cults and beliefs, said participants in the inter-religious conference held Tuesday (November 16) in Tunis at the initiative of the Ministry of Religious Affairs. 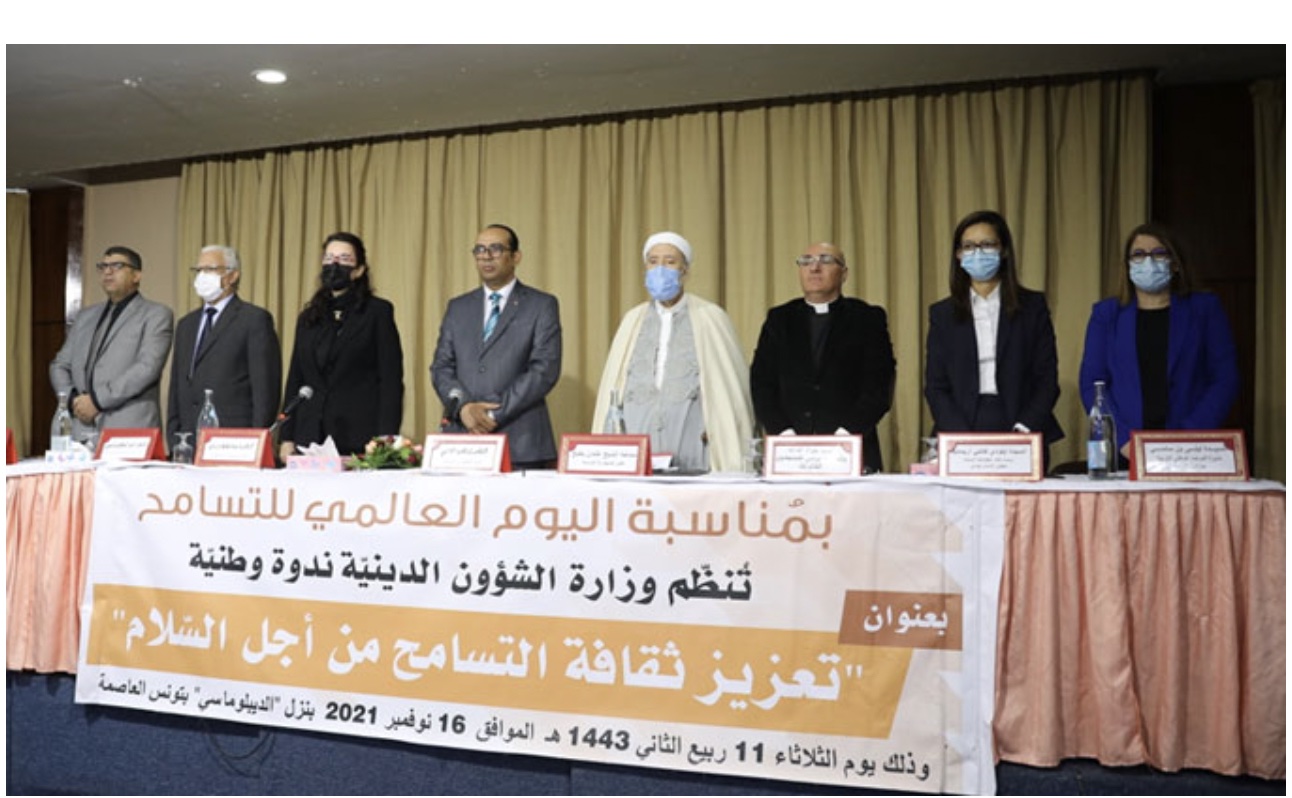 The participants also stressed the role of culture and education in consolidating the values of tolerance and openness, saying that Tunisia is a platform for peace.

Minister of Religious Affairs Brahim Chaïbi said that the conference aims to bring children of the same country closer together and to overcome the barriers of religion.

He called on the men of faith representing the three great monotheistic religions to unite in the service of peace, humanity and the homeland, “spared until now by interfaith conflicts and discord”, warning against any attempt to stir up tensions using the sacred as a pretext for fomenting crises that run counter to the values of tolerance and peace advocated by the religions.

Minister of Cultural Affairs Hayet Ktat Guarmazi stressed that the celebration of the International Day for Tolerance reflects the deep conviction that peace, peaceful coexistence and respect for religious diversity are indispensable and essential to enable the world to combat all forms of fanaticism that lead to hatred and violence.

She recalled that inter-religious dialogue imposes tolerance as a social, political and economic requirement, adding that her department works, in collaboration with other ministries, to establish the values of culture, art, beauty, positivity and building bridges, as vectors of tolerance and peace in society.

The Mufti of the Republic Othmane Battikh explained that tolerance implies an ease in contact and relations with others, far from any rancour, rejection and hatred. He recalled that Tunisia has always been a land of tolerance, even before the arrival of Islam, and that these values have been anchored in Tunisians throughout the ages and are perfectly consistent with the founding principles of international laws and charters.

Father Jawad Alamat, representative of the Catholic Church of Tunis, said that the Church works to spread the culture of peace through an open discourse that welcomes Muslims to all festivals and religious ceremonies, in addition to opening its library to Tunisian researchers and thinkers and encouraging, through the Catholic school of Tunis and in collaboration with civil society, the building of a tolerant and supportive society.

Moshe Wazan, Deputy Chief Rabbi of Tunisia, stressed the importance of such conferences which bring together representatives of various religions, adding that faith remains a private matter and that religious diversity in Tunisia is not an obstacle to peaceful coexistence among Tunisians.

Leila Ben Sassi, Director of the National Observatory of Education, stressed, in her speech on behalf of the Minister of Education, the essential role of schools in developing a sense of citizenship and raising awareness of tolerance and openness to all religions and civilisations.