The Latin American March for Nonviolence, Multiethnic and Pluricultural, began on 15 September 2021 with a successful start and a profusion of activities. 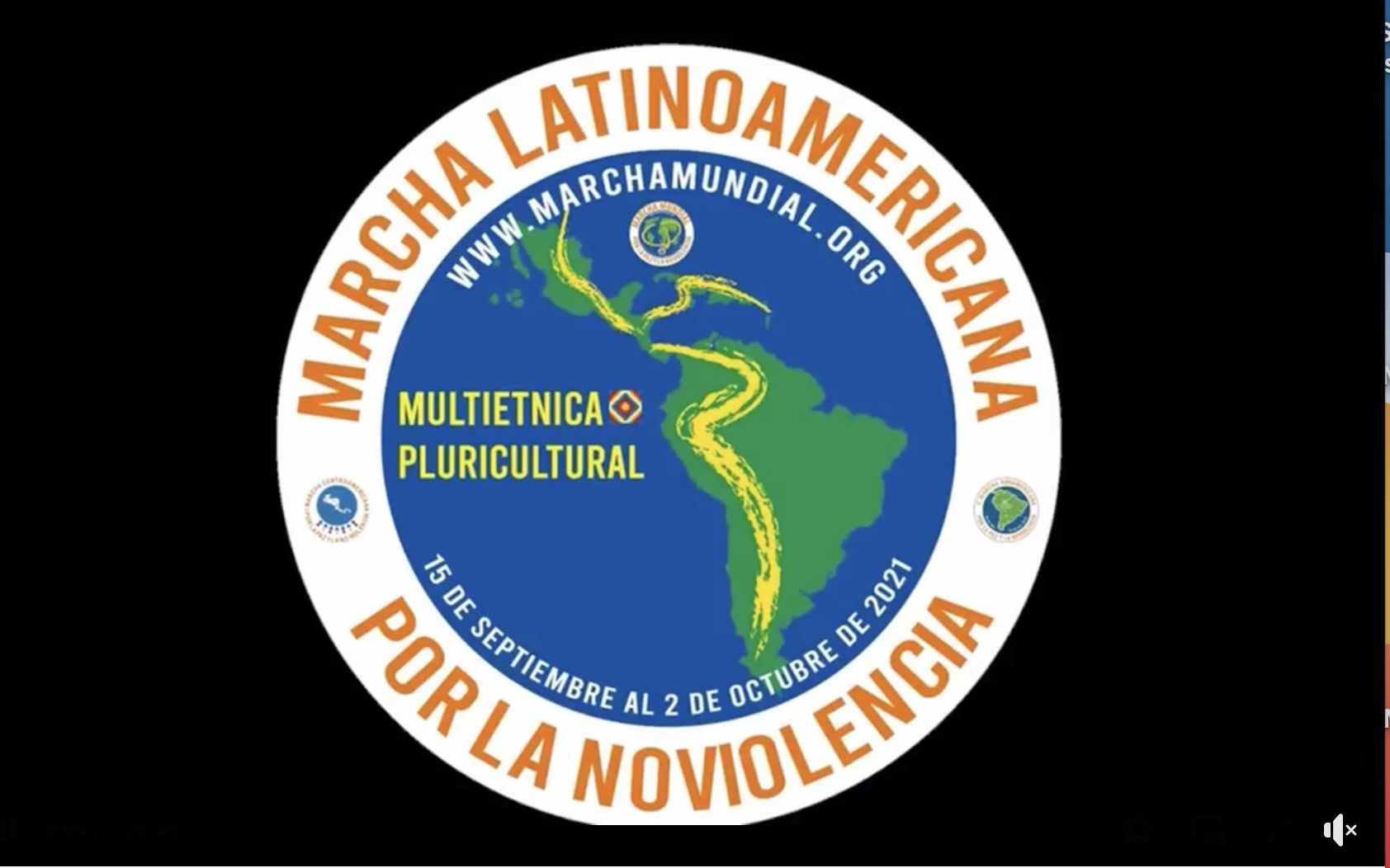 Activists from a multitude of Latin American countries have done their bit to bring about the inauguration of the Latin American March for Nonviolence. It symbolically combines the virtual, using pre-recorded videos, and the direct connection to different parts of Latin America and even to Madrid.

The central inauguration event took place at the UNED in Puntarenas, Costa Rica, organised by the UNED and World Without Wars and Without Violence.

First, the exhibition of photographs of the Marches for Peace and Nonviolence in Latin America was inaugurated.

The opening ceremony of the March consisted of the viewing of videos from various parts of Latin America, the commemoration of the Bicentenary of Central America and the launching of a Call for Peace and Nonviolence in the Region.

The video of the zoom broadcast of the Inauguration of the Latin American March can be seen on facebook video.

This was the official start with a symbolic act of the virtual and physical March that will travel through Latin America until the 2nd of October.

Throughout the same day, different activities took place in other Latin American countries as a starting point of the Latin American March for Nonviolence.

Some of the activities we took as an example were:

The Forum “Culture of Peace, Road to Reconciliation” which took place in Lima, Peru, at the Colegio María de la Providencia-Breña at 6:30 p.m. Lima time. You can access the video of the forum on facebook here: Foro “Cultura de Paz, Camino hacia la reconciliación”.

The opening ceremony and launch of the March and the unveiling of the sculpture Flor de Paz at the Universidad Distrital de Bogotá Francisco José de Caldas at 10:30 a.m. Bogotá time.

We thank the marchers, promoters and supporters for the attention and effort they put into their work and we wish them days of great joy in the meaningful encounters with those who have already awakened and will continue to awaken to this warm spirit of Nonviolence that runs through Latin America.

(Editor’s note: We have not found a summary of the activities of the march as of its conclusion on October 2, the International Day of Nonviolence. However, the website of the march provides brief articles from Argentina, Colombia, Brasil, Surinam, Costa Rica, México, Ecuador, and Chile.)