An article from l’Agence Benin Presse

The Ecumenical Foundation for Peace in Africa (EFPA), initiated this Saturday in Parakou, a session, during which the traditional kings and religious leaders of several countries of Benin, prayed for peace in Benin and Africa, in the presence political and administrative authorities. 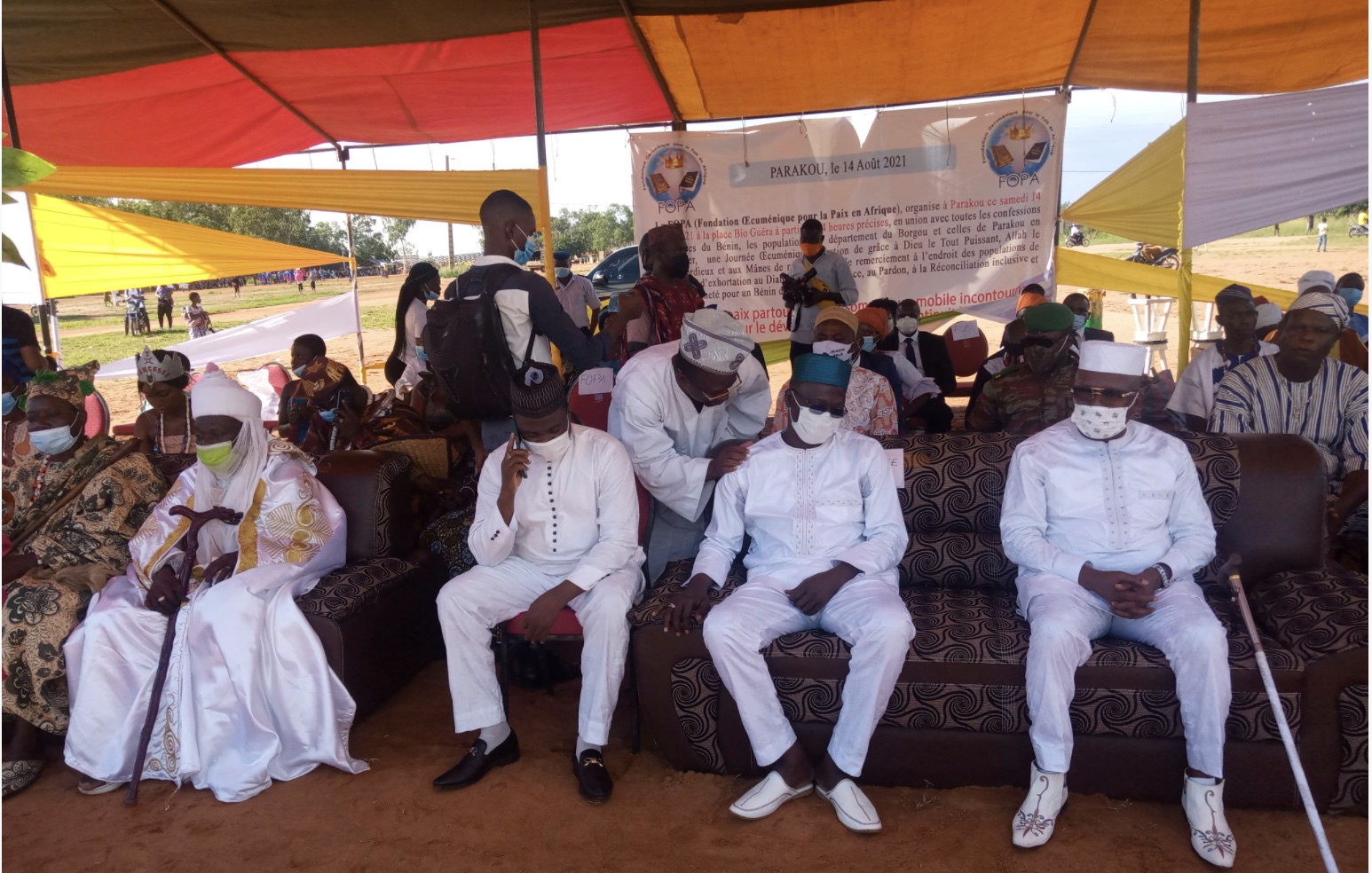 “What can we do if we don’t make peace?” Asked Gildas Aïzannon, president of the organizing committee, before inviting everyone to cultivate peace. “Our responsibility is immense in maintaining peace in Benin,” he said.

Inoussa Chabi Zimé and Gilbert Dakè Djokess, respectively mayor of Parakou and president of EFPA, reminded everyone that peace is not an empty word but rather behavior.

“The unfortunate events that occurred during the last presidential election challenge us all,” recalled the mayor of Parakou, before inviting all social groups to promote a culture of lasting peace.

The traditional kings and religious leaders or their representatives have said prayers for the safeguard of peace in Africa in general and in Benin in particular. In their different invocations, they exhorted each other to the sense of forgiveness, of love for one’s neighbor. To do this, they especially invited everyone to have the fear of God.