An article from the Yucatan Times

In order to promote the culture of peace, the right to culture, and revitalization of the native language through the musical professionalization of hip hop in the state of Quintana Roo, last 17 and April 18, the First Barrio Maya Festival was held in its first virtual edition, featuring workshops, talks, conferences, and concerts. 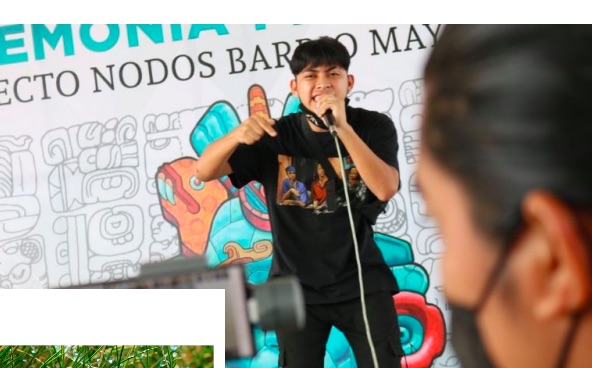 “There were workshops, conversations and concerts with the Mayan rap community, there were personalities like Pat Boy and the ambassadors of Barrio Maya,” explains Guido Arcella, one of the organizers of this festival.

The Barrio Maya festival began on Saturday 17, at 10 am with the talk led by Pat Boy, one of the forerunners of hip hop in Maya language, precisely to talk about the history of rap in Maya, followed by the workshop “Body and Rap” imparted by Hunaac Cel and Nadia Zupo, and concluded with a concert of MC Fer-LA2C and the Maya-Kill Beat.

That day there was also a workshop on BeatMaking and musical entrepreneurship given by the Campeche Hip Hop Movement and to conclude the concert by Verso Mays-Xi’ipal, Samik A.K.A Big Man and Dino Chan.