An article from the Transcend Media Service

(Note: Richard Falk was appointed  in 2008 by the United Nations Human Rights Council (UNHRC) to two three-year terms as a United Nations Special Rapporteur on “the situation of human rights in the Palestinian territories occupied since 1967.” ) 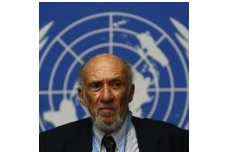 In recent weeks the Palestinian people have scored major victories that would have has immediate dire consequences for Israel if law and morality were allowed to govern political destiny. Instead, the Palestinian people are confronted by adverse geopolitical developments as a result of the Biden presidency, which have accepted some of the most regressive features of Trump’s hyper-partisanship with respect to Israel/Palestine. Law and morality alter reputations, bear on the legitimacy of contested policies, while geopolitics bear on behavior, the difference is one between legitimacy and hegemony. My unprovable hypothesis and firm belief is that hegemony wins out today, but legitimacy triumphs tomorrow.

There is a tendency to dismiss legitimacy gains should as what seems to matter in people’s lives seems remains frozen. In the long game of social change, especially in the course of the last 75 years, the winner of a Legitimacy War waged for the high legal and moral ground has more often than not eventually controlled the political outcome of a struggle, outlasting geopolitical dominance and military superiority along the way. The anti-colonial wars, it should not be forgotten, were won by the far weaker side militarily, which endured ordeals of desecration along their path to victory. This is the lesson such inspirational figures as Gandhi and Martin Luther King, Jr. gave their life to teach the world, so far with mixed results.

The Palestinian struggle continues, and offers the world of a paradigm of a colonial war carried on in a post-colonial era, in which cruel geopolitical tactics are required to swim against the strong liberation tides of history. Israel has proved to be a resourceful settler colonial state that has carried almost to completion the Zionist Project, moving forward toward its goals by stages, and always with the help of the geopolitical muscle of the West. Only recently has Israel lost control of the normative discourse that earlier it had dominated by highlighting the ghastly persecution of Jews who after the Holocaust deserved a secure sanctuary, a dismissal of nativist Palestinian claims to assert control over their own homeland, and cleverly arranging deceptive publicity portrays of the replacement of dirty backward Arab stagnancy by a dynamic modern, innovative, and flourishing Jewish society that sang and danced while the world slept. Israel later on made itself a valued Western foothold in a region coveted for its energy reserves and increasingly feared because of its anti-Western extremism and Islamic resurgence.

As with other anti-colonial struggles, the fate of the Palestinians will turn on whether the people can finally overcome a ruthlessly repressive state, given more leeway when linked, as is Israel, by regional and global strategic affinities with geopolitical actors. Can the Palestinian people secure their basic rights through their own distinctive blend of internal/external forces, resistance from within, global solidarity campaigns from without? This is the nature of the Palestinian Long Game. At present, this trajectory is hidden among the mysteries of unfolding national, regional, and global history.

Five years ago, no sensible person would have anticipated either that Israel’s most respected NGO, B’Tselem, would issue a report declaring that Israel had established an apartheid state that governed a single territory that stretched from the Jordan River to the Mediterranean Sea, that is, encompassing not only Occupied Palestine but Israel itself. With careful analysis the report showed that Israeli policies and practices with respect to immigration, land rights, residency, and mobility are administered in accordance within an overriding framework of Jewish supremacy, and by this logic, Palestinian (more accurately non-Jewish, including Druze and non-Arabic Christians) subjugation. Such a discriminatory and exploitative political arrangement is descriptive of apartheid, as initially established in South Africa and then generalized as an international crime in the 1973 International Convention on the Suppression and Punishment of the Crime of Apartheid. This idea of apartheid criminality was carried forward in the Rome Statute that provides the framework within which the International Criminal Court (ICC) in The Hague carries on its activities. Article 7 of the Statute enumerates the various Crimes Against Humanity over which the ICC asserts its jurisdictional authority. Apartheid is classified as such a crime in  Article 7(j), although without a definition.

Then came the much anticipated decision of the Pre-Trial Chamber of the ICC on February 5, 2021. By a 2-1 vote the Chamber’s decision affirmed the authority of Fatou Bensouda, the ICC Prosecutor, to proceed with an investigation of Israeli war crimes committed in Palestine since 2014, as geographically defined by its provisional 1967 borders. To reach this outcome the decision had to make two important pronouncements: first, that Palestine, although lacking many of the attributes of sovereignty, did qualify as a State for purposes of this ICC proceeding, having become a Party to the Rome Statute in 2014 after being recognized by the General Assembly on November 29, 2012 as a ‘non-member Observer State.’(Res. 67/19); and secondly, that the jurisdiction of ICC to investigate crimes committed on the territory of Palestine was authoritatively identified as the West Bank, East Jerusalem, and Gaza, that is, the territories occupied by Israel during the 1967 War.

It should be observed that this Pre-Trial proceeding had attracted unusually widespread interest in the world both because of the identity of the parties and the intriguing character of the issues. Jurists have long been intrigued by defining statehood in relation to different legal settings and by settling jurisdictional disputes addressing issues arising in territories that lack permanently established international borders. Signaling the high stakes of this legal proceeding, unprecedented 43 amicus curiae briefs were submitted, including by prominent figures on both sides of the controversy. Israel was not a Party to the Rome Statute, and declined to participate in the proceedings directly or be bound by the outcome, and yet was infuriated by the outcome, apparently sensing that it was losing control over the international minds and hearts.

This decision was promising beyond its strictly legal issues from a Palestinian point of view as a Preliminary Investigation conducted by the Prosecutor over the prior six years had already concluded that there was ample reason to support the conclusion that crimes had been committed by Israel and by Hamas in Palestine, specifically referencing three settings:

1. The massive IDF attack on Gaza in 2014, known as Operation Protective Edge;

2. the disproportionate uses of force by the IDF in responding to the Right of Return Gaza protests during 2018-19;

3. settlement activity in the West Bank and East Jerusalem.

It is now established that the Prosecutor can go forward, but all that glitters is not gold! Ms. Bensouda is schedule to leave the ICC in June when her term expires, and so far her replacement has not been selected. It is possible that a new prosecutor could use her or his discretion to discontinue the investigation, which reportedly is shaping the politics surrounding the appointment. It will become evident at that point as to whether the ICC gains a needed boost in its own efforts to disengage from the geopolitical architects of world order, or sinks back into its earlier ‘Africa Only’ image of international criminality.

It was reasonable, but maybe not realistic, for Palestine to hope that a more moderate Biden presidency would reverse the most damaging moves taken by Trump that had so overtly rejected international law and UN authority. The Biden Secretary of State, Antony Blinken, sent signals on the most significant issues that appeared to ratify rather than reverse or modify the Trump diplomacy. Blinken affirmed, what Biden had implied, to support the shift of the U.S. Embassy from Tel Aviv to Jerusalem, joining Trump in defying UNGA Resolution that enjoyed overwhelming support in 2017, declaring the Embassy move as ‘void’ and without legal effect. Blinken has also indicated U.S. support for Israel’s territorial incorporation of the Golan Heights, again defying international law and the UN, which had stood by a firm principle, earlier endorsed with respect to Israel’s occupation of Palestinian territories after the 1967 War in iconic Security Resolution 242, that territory could not be lawfully acquired by forcible conquest.

So far Israeli the significance of Israel’s setback in the Legitimacy War far outweighs Palestinian predictable geopolitical disappointments. Palestinian reactions to these disappointments have been muted as compared to Israeli apoplectic reaction to the ICC decision.

The fuming response of Netanyahu was replicated across by every leading Israeli politicians. In Netanyahu’s outrageous calumny against the ICC:

“When the ICC investigates Israel for fake war crimes, this is pure anti-Semitism,” adding, “We will fight this perversion of justice with all our might.”

Intemperate as are these remarks, they do show that Israel cares deeply about legitimacy issues, and rightly so. International law and morality can be defied but it is deeply wrong to suppose that they do not matter. South Africa learned that losing the Legitimacy War forced the dismantling of apartheid. Maybe Israeli leaders are beginning see the writing on the wall. In decades to come the ICC decision may turn out to be a turning point not unlike the 1960 Sharpeville Massacre. Before dawn, the night is darkest. The African majority waited more than 30 years for their emancipation from apartheid. The Palestinian people have already endured the hardships and humiliations of racist subjugation and Jewish supremacy for more than 70 years. When will it end, and how?