A call from We the Peoples

The biggest challenges facing humanity such as pandemics, the climate crisis, biodiversity loss, violent conflict, forced displacement, discrimination and inequality are global and cross-cutting in nature. With each passing day, they become more pressing. International collaboration and global governance need to improve significantly and become more accountable to those affected most: the world’s citizens.

On the occasion of the UN’s 75th anniversary, heads of state and government committed to making global governance more inclusive. The UN Secretary-General promised to promote a new model based on full, inclusive and equal participation in global institutions. We agree. It is time to give people a stronger voice in global affairs and at the UN.

We call on the UN and member states to implement three specific institutional changes to strengthen the inclusive and democratic character of the UN: 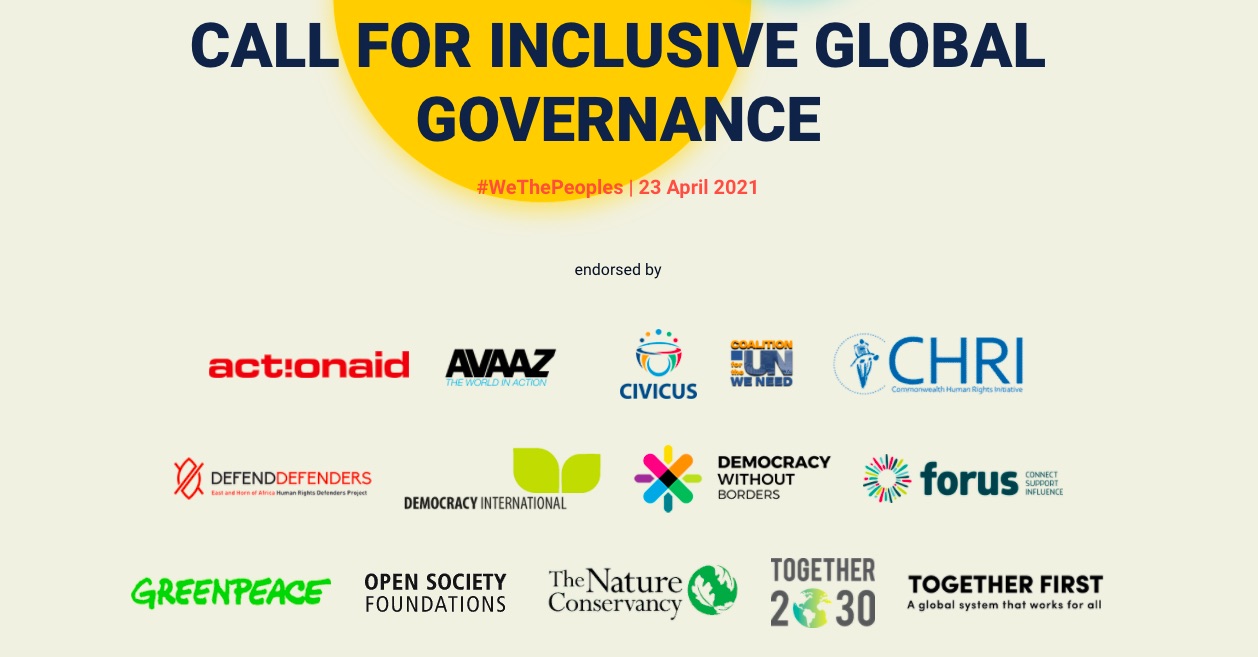 The creation of the instrument of a World Citizens’ Initiative which enables people to put forward proposals on key issues of global concern for discussion and further action at the highest political level. Any proposal that reaches a certain threshold of popular support should be put onto the agenda of the UN General Assembly or Security Council.

The creation of a UN Parliamentary Assembly which allows for the inclusion of elected representatives in the agenda-setting and decision-making of the UN. The assembly will act as a representative body and watchdog connecting the people with the UN and reflecting a broad diversity of global viewpoints.

These new tools will help the UN and member states to tackle global challenges more effectively. They will enhance the legitimacy of global governance and facilitate its transformational potential.

Tangible changes in the UN’s functioning are urgently needed to realize the promise of the Preamble of the UN Charter which begins with the words, “We the Peoples of the United Nations”.

A joint initiative of Democracy without Borders, Civicus and Democracy International