Ambassador Chas Freeman is a retired career diplomat who served as Assistant Secretary of Defense for International Security Affairs from 1993-1994, Ambassador to Saudi Arabia from 1989-1992 during operations Desert Shield and Desert Storm, Principal Deputy Assistant Secretary of State for African Affairs from 1986-1989 during the Cuban troop withdrawal from Angola and the U.S. mediation of Namibian independence from South Africa, Deputy Chief of Mission and Chargé d’Affaires in the American embassies at Bangkok from 1984-1986 and at Beijing from 1981-1984, and Director for Chinese Affairs at the U.S. Department of State from 1979-1981. In 1972, he was the primary American interpreter for President Nixon’s trailblazing visit to China. 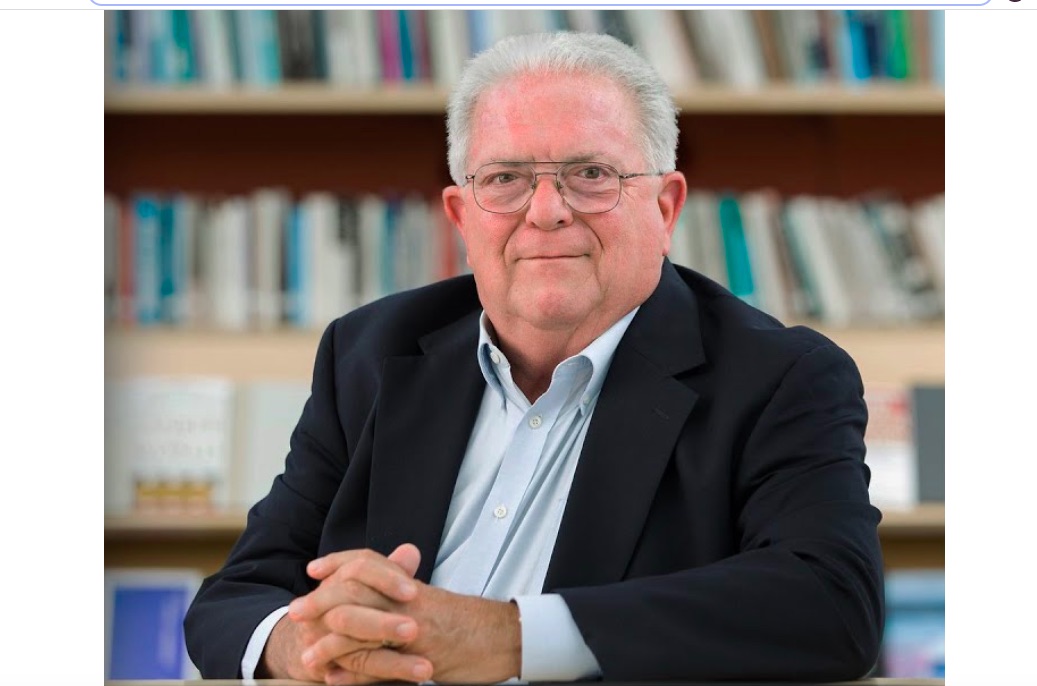 Image Credit: The Watson Institute for International and Public Affairs

Ambassador Freeman is the author of America’s Continuing Misadventures in the Middle East, Interesting Times: China, America, and the Shifting Balance of Prestige, America’s Misadventures in the Middle East, The Diplomat’s Dictionary, Arts of Power: Statecraft and Diplomacy, and Cooking Western in China. He has also published in prestigious academic journals such as Foreign Affairs, Foreign Policy, and The Harvard International Review. Prior to becoming a Visiting Scholar at Brown University’s Watson Institute for International and Public Affairs, Ambassador Freeman served as President of the Middle East Policy Council and Co-Chair of the United States China Policy Foundation. He speaks Chinese fluently, Spanish and French at the professional level, and Arabic conversationally, in addition to several other languages. Ambassador Freeman studied at the Universidad Nacional Autónoma de México, and he earned a JD from the Harvard Law School and an AB magna cum laude from Yale University. . . .

SK: Before we discuss China, how do you define “good diplomacy”?

CF: The basis of diplomacy is empathy. It is the ability to understand how and why someone else sees things in order to persuade them of your position. Good diplomacy is all about persuading others to redefine their interests in order to conform with yours. It is also about forming relationships with people so that you can make them want to cooperate with you—not oppose you. This allows you to draw on people at a moment of crisis to gain access or to be heard. Diplomacy is also negotiation. It is about trying to ensure that bad things that could happen don’t happen. Very often, diplomats don’t get credit for what didn’t happen. But a lot of things don’t happen because skillful diplomats have prevented them from happening. So good diplomacy is complex and requires a lot of skill.

SK: What is the root cause of the United States’ desire to confront China?

CF: I think the rudimentary driver of the United States’ confrontation with China is psychology, not strategy. We became the world’s largest economy sometime in the 1870s. That’s 150 years ago. Now we’ve either already been eclipsed, or we’re about to be eclipsed, by China. So we’re afraid of not being number one and we’ve decided that we will hamstring the rise of China. No one on the American side has described where this confrontation is supposed to take us—it’s just an end in itself. Also, we have exercised military primacy in the Asia-Pacific region since 1945. Now, we confront the return of China to wealth and power in the region. And our position in the Asia-Pacific is precarious. What does that mean? It means that we object to things like China’s anti-access and area denial weapon system (A2/AD), otherwise known as defense. The Chinese now can stop us from running through their defenses. So this is a threat: we’re not all-powerful anymore. We are in danger of losing primacy.

But there’s not much evidence of China wanting to replace us. They are displacing us in some spheres because they’re big and growing and successful. Do they want to take on our global dominion and hegemony role? No, but we assert that they do. We posit that China thinks and behaves like us: “We had Manifest Destiny and it took us across the Pacific to the Philippines. Therefore, China must have a Monroe Doctrine and Manifest Destiny in mind.” This is wrong. Things don’t work like that. So I would argue that we have inhaled our own propaganda, and we are living in the appropriately stoned state that that produces. If we have sound policies, we can out-compete anyone. But we’re not looking at sound policies; we’re looking at pulling down our competitor.

Is there a growing danger of war between US and China?

SK: Isn’t the Belt and Road Initiative (BRI) indicative of China’s desire to expand its influence, if not “replace” our hegemonic role on the global stage?

CF: The initial impulse of the Belt and Road Initiative was that China had a surplus capacity in steel, cement, aluminum, and construction capability—and it extended these resources abroad. Then China looked at what it was doing and said, “Actually, it would be really good if Lisbon was connected to Vladivostok efficiently, and Arkhangelsk was connected to Colombo. Maybe we could throw in Mombasa, too. This would create a huge interconnected area in which trade and investment could flow smoothly.” So, actually, a major part of the BRI is an agreement on tariffs, customs barrier treatment, transit, and bonded storage. It is the construction of roads, railroads, airports, ports, industrial parks, fiber optic cables, et cetera, over this huge area.

And the Chinese assumption—not aspiration, but assumption—is that as the largest and most dynamic society in that area, they will be the preeminent force in it. But this is an economic strategy, it’s not a military one. So the problem we have conceptually is that the only way we, the United States, know how to think about international affairs is in military terms. Our foreign policy is very militarized and is driven by military considerations.

CF: I think what is happening to the Uighurs is awful—no doubt about it. We do not, however, know exactly what’s happening to them. There are terms like genocide being thrown around, which may not fit the case. But I think it is entirely appropriate that we express the view that the treatment of the Uighurs is appalling. What are we going to do about it? It is a complicated situation. I hate to keep coming back to American hypocrisy, but why does the Muslim world not line up with us on the Uighur situation? Because when was the last time we said anything about the Palestinians, Kashmiris, or Chechens? There are Muslims being oppressed all over the world, and we don’t say anything. So selective outrage isn’t very effective.

SK: China continues to defend its crackdown on democracy in Hong Kong. How will this impact U.S. foreign policy toward China?

CF: What I expect will happen, now that ‘one country’ has been established, is that politics in Hong Kong will evolve to address some of the domestic problems in Hong Kong that have been neglected—housing, education, and social welfare, for example. So I don’t think there’s an easy answer to the Hong Kong issue, but I think that people who have written off the idea of any kind of democracy are wrong. Hong Kong’s democracy will not be focused on secession from China; it will be focused on problems inside Hong Kong. And it may or may not be effective.

We need to get real about these problems. If we really care about the Uighur and Hong Kong situations from a humanitarian point of view, we need to try to find a way to chip away at them—not just condemn them. Condemning things doesn’t do anything but make people angry and less receptive to your arguments. These issues ought to be addressed seriously.

SK: How does China view Taiwan’s continued push for independence?

SK: With that in mind, do you think that we are heading toward a military confrontation with China in the Taiwan Strait?

CF: There is no framework for keeping the peace in the Taiwan area anymore. And I think it’s pretty clear that we’re heading into a war. We seem to be heading toward a bloody rendezvous with Chinese nationalism—and I don’t think that’s too smart. We’re talking about contesting the territory of a nuclear power. Does anybody think about that? There is an underlying assumption, probably born from the thirty years since the end of the Cold War, that we’re invulnerable and omnipotent. I don’t have any problem with the use of force. But I do have a problem with the foolish use of force by picking fights you’re going to lose. Let’s pick a fight, but let’s make sure it’s one that we can win. So I think that instead of trying to bring China down, which we won’t be able to do, we should be trying to leverage its growing prosperity to increase our own prosperity.

SK: How do we do that—leverage China’s prosperity to further our own interests?

CF: China has the world’s best technology for building infrastructure. We have infrastructure that is falling apart. Maybe their technology can be licensed. Maybe bonds could be issued against tolls on repaired roads or traffic on revamped rail lines. Maybe ports could be rebuilt. There’ve been a whole series of international meetings in recent years about the problem of American infrastructure—our ports can’t handle traffic and they’re not being modernized. I think, actually, our country needs to come to a point where we rediscover what made us great in the beginning: an openness to foreigners, foreign ideas, and best practices from abroad so that we can apply them at home. We should not be approaching the world with the attitude that we have all the answers.

We should be cooperating with China on broad, planet-wide international problems like climate change, nuclear nonproliferation, environmental remediation, and so forth. We should be cooperating in order to bring a peaceful end to the confrontations with North Korea, Iran, and others. Lastly, we should not be pushing Russia and China together, which is what we are doing. The one maxim of diplomacy is “divide your enemies”—and we are doing the opposite.

(Thank you to The Transnational Foundation for Peace & Future Research for calling out attention to this article.)