Excerpts from blog of Mazin Qumsiyeh

The Palestinian factions are meeting in Cairo to try to iron out the details o the arrangements in terms of election. I disagreed with the Oslo process of capitulation (the second Nakba for us – see Edward Said and my 1990s writings on this) including its delusion of a state under occupation/elections under occupation etc. Many independent voices are not happy with this. They may reluctantly vote. But if people are to run in elections, they should have a clear program which 98% of the Palestinian people would support. Below highlights key points agreed to by many people (various discussions over the past few weeks with key figures) that should/must be included in such electoral programs to produce the needed societal change. But anyway, working on the ground on these things is a must for all of us. 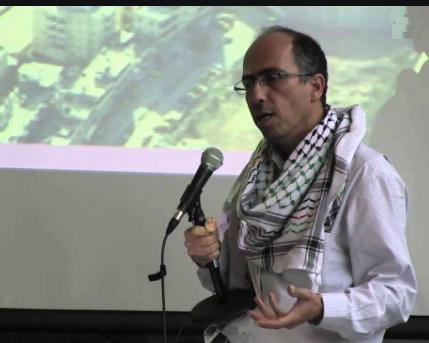 1) Principles in politics: Support for te Universal Declaration of Human rights (UDHR) including rights of refugees, rejection of discrimination based on religion (e.g. we do not support a Jewish, an Islamic, or a Christian state but states of their people). Palestinian UN recognized human rights are not negotiable. These rights include a) the right of return for refugees to their homes and lands and to be compensated for their suffering, b) the full equality to women (in all aspects of social, educational and economic rights, c) the right to education to all, d) the right to due process of law, e) the right to clean and healthy environment, d) right to food/sustenance and shelter among others per UDHR.

2) There shall be complete freedom of expression through all communication strategy. A legislative law that nullifies the so called “electronic crimes decree” and replaces it with a clear law that guarantees all people rights including freedom of speech and freedom of the press must be produced

3) There must be mechanisms created to weed out corruption, nepotism and other unethical behaviors in all levels of society. Laws and systems must be instituted that allows return of any public money and REFORM (perhaps a truth and reconciliation committee) and this must go hand in hand with reform of the judiciary and making it completely independent of executive and legislative branches. (We must weed out political appointments of judges). This way the legal system is used effectively in case of reconciliation and truth committees fail to address the needs of change.

4) Government service is service for the people. a) The president, legislative council members, and national council members should serve no more than five years renewable with election for a maximum of 10 years in each position. b) Legislators shall not get salary from the government nor any special benefit. c) They are serving their country on a volunteer basis. No one should serve in the government who has engaged in any corrupt practices (carrying favor, bribes etc).

5) Society must take care of its vulnerable communities. This includes taking care of the haircap (special need) and elderly population.

6) Our environment must be protected. The legislative council shall issue laws giving incentives for a green economy and disincentives for pollution, use of disposable items (e.g. plastic).

7) We recognize that Oslo accords were a disaster for the Palestinian people and in any case has expired in 1999 (they were interim accords). We enter these elections not because we agree to the corrupt system that allows them but because it provides a platform to present and decent principled positions articulate above. We thus commit not to engage in any process that strengthens the status quo under occupation. We commit to weaken this authority and re-strengthen an independent PLO working outside of the limited power of the Oslo legislative council.