An article from O País

The African Union (AU) Permanent Representatives Committee (PRC) encouraged Angola on Tuesday [January 26] to continue efforts to promote a pan-African movement to prevent violence and conflicts, through its commitment to disseminate a culture of peace in Africa 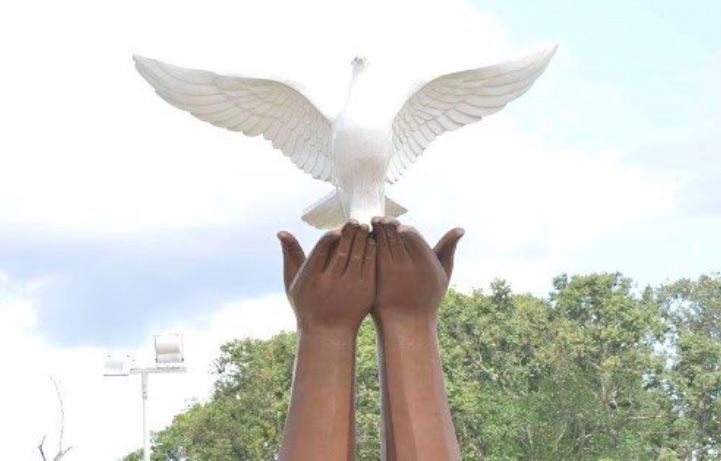 According to a note from the Permanent Representation of Angola to the AU, the incentive was expressed during the PRC meeting, which has been taking place since 20 January, in virtual format

The document underlines that in the same session a communication was presented on the 1st Pan-African Forum for the Culture of Peace in Africa – Luanda Biennial, held in Angola, from 18 to 22 September 2019

In his communication, the Permanent Representative of Angola to the AU, Francisco José da Cruz, said that after the “successful 1st Pan-African Forum for the Culture of Peace in Africa – Bienal de Luanda ”, the Angolan Government is already creating the conditions for the next edition, this year, with the President of the Republic, João Lourenço, creating a Multisectoral Commission for this purpose.

In addition to the expected promotion of peace and security, the objective is to frame the event in the spirit of celebrating the African Union’s Year of 2021 Theme: “Art, Culture and Heritage: Levers to build the Africa we want”.

The PRC was unanimous in considering that the holding of the Pan-African Forum for the Culture of Peace in Africa – Bienal de Luanda is part of the African Union’s efforts to seek peace, with the Department of Social Affairs congratulating Angola’s proposal and calling for the support of AU Member States.

The document presented recalls that the Government of Angola and UNESCO agreed on 18 December 2018 to hold the 1st Pan-African Forum for the Culture of Peace in Africa – Luanda Biennial, in September 2019, in order to strengthen the Pan-African movement towards a culture of peace and non-violence, through the establishment of a multilateral partnership between governments, civil society, the artistic and scientific community, the private sector and international organizations.

The strategic objective of the event is to promote a peaceful and prosperous Africa through the defense and encouragement of actions that prevent conflicts in the management of national and cross-border natural resources on the African continent, as well as to educate a generation of young Africans as agents of peace, stability and development.

The first edition was based on three main axes: Partner Forum – An Alliance for Africa; Thematic Forums: Forum of Ideas, Forum of Youth and Forum of Women; Festival of Cultures.

The 41st Ordinary Session of the Permanent Representatives Committee (CRP) has been running since 20 January, in virtual format, preceding the 38th Executive Council (Heads of diplomacy) and the 34th Session of the AU Assembly (Heads State and Government), scheduled for 3 and 4, and 6 and 7 February, respectively.

The meeting has several reports under discussion, including on the activities of the PRC sub-committees, the Specialized Technical Committees of the African Union Commission, other AU bodies and the Specialized Agencies. The African Union consecrates 2021 as the “Year of Arts, Culture and Heritage: Levers to Build the Africa We Want”. The year 2020 had as its theme “Silence Arms: Creating Favorable Conditions for Africa’s Development”.