An article from Afrique Femme

Since being appointed traditional leader of a central region of Malawi, Theresa Kachindamoto has been fighting against child marriage. Thanks to her, hundreds of marriages have been annulled and as many girls returned to school, while her action at the national level has helped initiate laws that now prohibit child marriage. 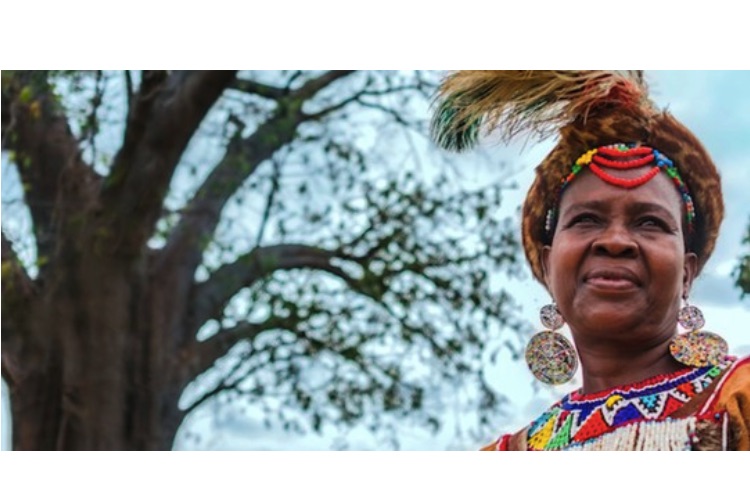 Theresa Kachindamoto is an Inkosi, a traditional chieftain in Malawi, in Dedza district, near Lake Malawi, in the center of the country. The youngest of twelve children in a family descended from a line of traditional chiefs, she was secretary for 27 years in a school in the Zomba district, in the south of the country. Married and mother of five boys, she was chosen 16 years ago “for her kindness to people” to take on the role of chief in her native region. As such, it exercises informal authority over more than 900,000 people.

Child marriage: a stronghold of tradition

The actors of change in Africa all know it, and Theresa Kachindamoto also says it: “In the field of gender equality, the strongest bastion of change most difficult to shake remains the cultural and traditional practices”. It is sometimes even the guarantors of beliefs and cultural norms, in other words the heads of communities, who block measures against child marriage, female genital mutilation and other measures aimed at improving the condition of women. Theresa Kachindamoto believes that culture is not static, and it is on the lever that she can act, by using her authority as a traditional chief, to promote the education of girls, but also of boys, and fight against child marriages.

The first thing that struck her when she took office, she recalls, was the number of girls under 15 already married with two children: “I said no, that’s too much! do something !” In June 2015, already, she told the Maravi Post, “I had 330 marriages annulled: in 175 of them the girl was only a child, and in 155 of these marriages the father of the family was just a young boy. I wanted to send them back to school, and I succeeded.” To the Nyasa Times, she assured: “I don’t want the children to marry. They have to go to school. In my area, we have now made our own laws to ban child marriages, and we do not allow any exception … A child should never stay locked up at home, nor work the land, nor do household chores during school time. Never should a village, community or religious head seal a marriage without having examined the dates of births of the couples”.

Educate a girl and you educate a whole region … You educate the world.

Together with parents, teachers, the village committee, religious leaders and NGOs, Theresa Kachindamoto has banned child marriages in her community and annulled more than 3,500 child marriages made prior to her arrival. The children were sent back to school. “Educate a girl and you educate a whole region… You educate the world,” she says.

Getting parents to change their minds, especially the poorest, who had received a dowry, is not easy, but she convinced the fifty or so chiefs who are subordinate to her in her district to abolish child marriage and to cancel existing unions. Only four of them did not fully comply with the new rules – they were removed from their posts, before being reinstated in their position as soon as the chief was certain that all marriages had been annulled.

It was door-to-door work, above all, she says, that enabled her to convince the population of the need to cancel early unions. Theresa Kachindamoto knows that it takes a lot of strength and courage to change habits and customs, especially where human rights clash with cultural beliefs. “It is not easy to change people’s views and thought patterns. Whether you are a woman or a man, it takes a lot of strength.”

Her action helped initiate laws at the national level: “I was at the forefront of rallies for Malawi to set the minimum age for marriage at 18. I participated in all actions aimed at convincing the government to adopt the law, she explains to the online media AfricaPortal. In her functions, she takes advantage of the ceremonies to sensitize the communities, “so that the changes are well understood.” Mission accomplished: in 2015, the law on marriage, divorce and family relations set 18 as the minimum age of marriage for girls and boys in Malawi, and then, in 2017, a constitutional amendment banned child marriage altogether, prohibiting any exceptions.

Despite laws prohibiting child marriage in Malawi, around 46% of young girls are married before the age of 18, and 9% before age 15, one of the highest rates of early marriage in the world, according to the estimates of UNICEF.

In this country where more than 20% of the population lives below the extreme poverty line, with less than $ 1.90 per day, where the poverty rate has risen from 50.7% in 2010 to 51.5% in 2016, where the HIV infection rate is at 10% and where containment measures against the Covid-19 pandemic severely affected the informal and rural economy, child marriage is still seen as an issue for families in great difficulty.

To fill the void left by the ban on early marriage, which plays a functional role in society, Theresa Kachindamoto wants to focus on the education of children. “Parents come to me asking me to help their children financially, since I am at the origin of the dissolution of a marriage intended to spare them poverty.” So the chief has launched an awareness campaign showing the importance of schooling for girls and boys, as well as the health dangers of early marriage, starting with complications during childbirth.

To fight against early marriage, Theresa Kachindamoto also wants to help young women to set up their small businesses. For this work of economic empowerment, she is inspired by the Ugandan model and its initiatives for female entrepreneurship. “I am taking the example of the network of African Queens and Cultural Chiefs (Aqwcln) to change the lives of women, girls and children in Africa. The Aqwcln provides essential support to women by enabling them to develop their businesses. In my opinion, the best way to advance gender equality is to educate women civically and financially, so that they can fully take their place in society. ”

With her practical solutions to poverty, her political and awareness-raising action in a perspective of gender equality, the chef Theresa Kachindamoto has won the hearts of the populations she oversees. “We take the time to talk about all these beliefs that risk destroying our beautiful society and those who will build our nation,” she told AfricaPortal. We agree to abolish toxic customs and promote constructive customs, and to put in place rules that must be respected and ratified by all actors in society. No one, not even the chief, can force a minor to marry. ”