Special to CPNN from Roberto Mercadillo

The principles of the culture of peace are being used to care for the victims and to prevent further occurences of the daily violence in Mexico caused by drug addiction, homelessness and attacks on journalists, human rights defenders and their families. . 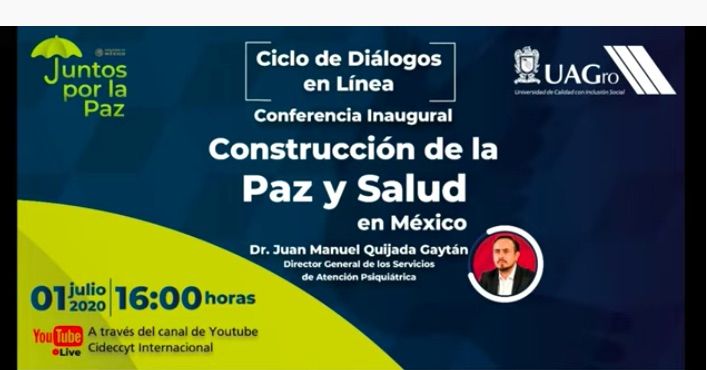 Students and researchers from the National School of Anthropology and History and the Metropolitan Autonomous University formed “Psicocalle Colectivo”, an initiative that follows the premises of Manifesto 2000 for a Culture of Peace and Nonviolence to approach communities of people who live in the streets and who use psychoactive substances, to create social and government interventions based on inclusion and respect for autonomy and mutual understanding.

The Seminar Interdisciplinary Looks of Violence of the National Institute of Anthropology and History opened a new area in Culture of Peace to train Postgraduate students in Physical Anthropology.

In Mexico City, the Mechanism for the Protection of Human Rights Defenders and Journalists together with the Neuroscience Dream Center investigated the mental health of journalists, human rights defenders and / or their families who have been victims of violence in Mexico and they proposed forms of intervention based on a culture of peace and dialogue to address their mental health.

The National Strategy for the Prevention of Addictions, the National Commission against Addictions and the Chair for Peace of the Guerrero Autonomous University, have carried out the “Cycle of Online Dialogues: Health and Peace 2020” with more than ten workshops and free conferences on-line.