An article from Infobae (translation by CPNN)

More and more women are joining peacebuilding initiatives showing that their testimonies, stories and courage are the best tools for change.

As reported by El Espectador, 91 students graduated from “Peace education activities”, a workshop coordinated by the Medellín Mayor’s Office to create spaces that promote peace building in everyday life. This workshop was made up of nine groups of less than 15 participants, including women ex-combatants of the FARC, women victims of the conflict and community leaders. 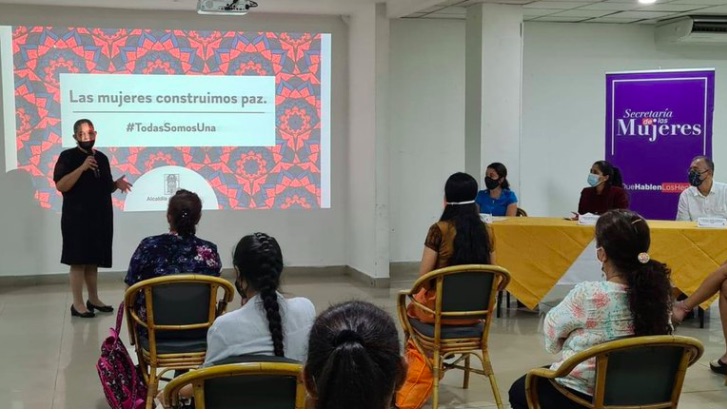 In total, 91 women participated in the workshops. Image from Facebook / UN Verification Mission in Colombia.

The participants come from ten communes in the city and were linked to this workshop through the work of government organizations such as the Agency for Reincorporation and Normalization (ARN), the Truth Commission, the Convivamos Corporation, the organization Mujeres Caminando por la Verdad, among others.

According to information from El Espectador, the meetings were held between September and November, once a week, in groups made up of ex-combatants or women victims of the conflict, where they deepened their knowledge about the Peace Agreement, the Truth Commission , the generation of daily peace actions and the resolution of daily conflicts.

Juliana Martínez Londoño, secretary of the Women of Medellín, explained that these workshops were developed “to promote spaces that allow the construction of a culture of peace with a gender perspective. They considered the work that women have done in favor of the peace and, in that way, the women were considered as protagonists and promoters of reconciliation strategies and construction of the social fabric ”.

Teresa de Jesús Orozco, leader of the Association of Displaced Elders of Antioquia (ASOADEAN), stated that “these spaces have been very beautiful because they taught us to exchange anger for love and for understanding and we as leaders can work in many ways, until we reach our people,.”

Delegates from the UN Verification Mission in Colombia, the ARN and the United Nations Development Program were present at the graduation. In addition to the certification, the women will receive a kit including, among other things, a blog and a USB memory with the memories of the workshops.

“With this work we show that peace is an issue that is present in the daily newspaper and to the extent an education for peace is necessary, (…) these women are publicly recognized as social actors and as important voices”, the secretary Juliana Londoño told El Espectador.