Talks to draw up a blueprint for a new political era in Libya began in Tunisia on Monday [November 9], following a peace deal struck by Libya’s warring sides last month [See CPNN October 17] 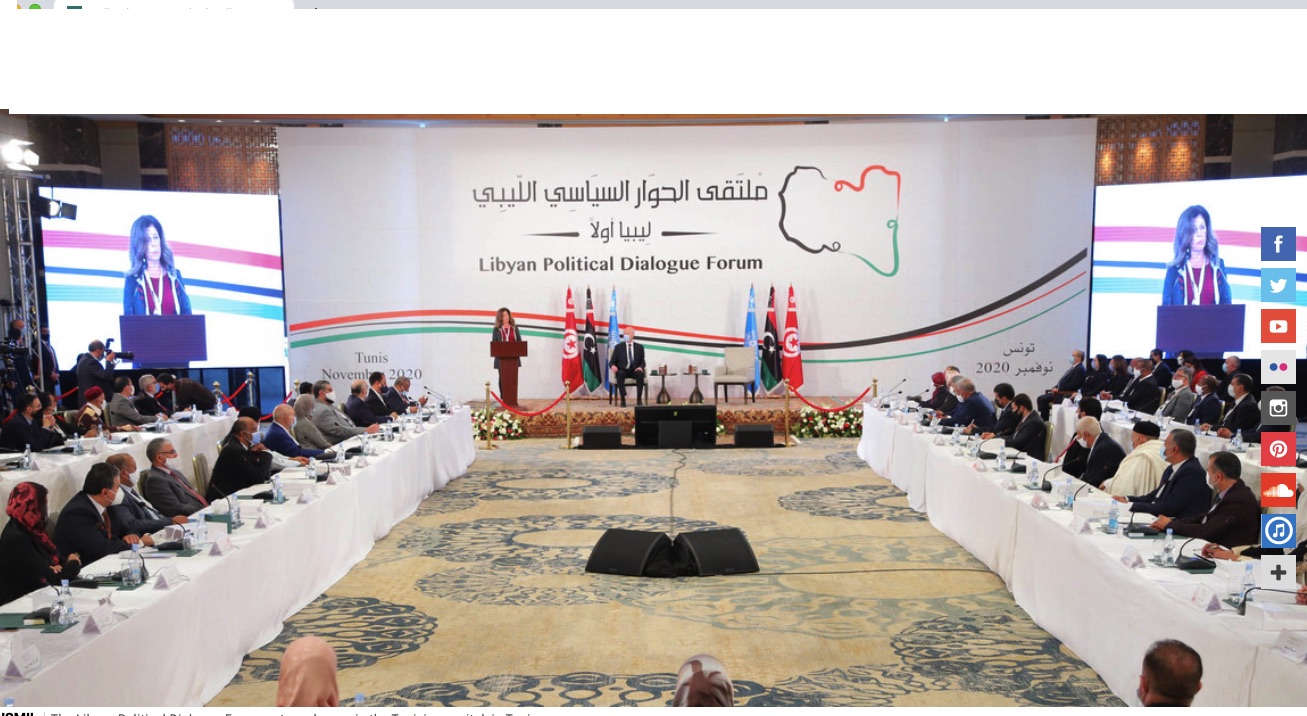 “You have gathered today to continue forging a new era of peace and stability for Libya. You have the opportunity to end a tragic conflict and create a future of dignity and hope”, UN Secretary-General António Guterres said in a video message to participants of the Libyan Political Dialogue Forum.

“Now it is your turn to shape the future of your country. Your commitment to this process will help restore Libyan sovereignty and the democratic legitimacy of Libyan institutions. As you engage in dialogue to resolve your differences, your determination will be tested.

Future ‘is now in your hands’

“However, compromise is the only approach that will pave the road to national unity”, he said. “The future of Libya is now in your hands.”

Tunisian President Qais Said, opening the meeting, said the talks would lead to a new legitimacy for Libya.

The country has been beset by chaos and conflict since the downfall of long-time Libyan leader Muammar Gaddafi in 2011, culminating in a civil war and the siege of the Libyan capital Tripoli which began in April last year.

What is being done for peace in Libya?

The head of the UN mission in Libya, Stephanie Williams, told the meeting that it was a time of rare optimism, a glimmer of hope after many years of crisis.

“The overriding aim of the National Political Programme is to renew political legitimacy by holding national elections, within an agreed timeframe”, she said.

Acting UN Special Representative Williams presided over a breakthrough peace agreement between five senior commanders from either side, at a meeting in Geneva last month. She arrived at the political talks in Tunis fresh from another successful round of military negotiations in the Libyan city of Ghadames, she said.

“Every day cooperation is increasing, and the transformation of the 5+5 into the ‘group of 10’ is more than just a slogan; it is a reality”, Ms. Williams said.

“The new government will launch national reconciliation, combat corruption, and restore public services. Its progress will be monitored; its work will be reviewed on a regular basis by mechanisms that can hold it to account.”

In a statement released late on Sunday, Ms. Williams said that over the past two days she had been taking note of the participants’ suggestions about what the political talks should aim to achieve, including the creation of an executive authority capable of organizing elections and implementing the political, economic and military reforms necessary to bring some normalcy back to Libyans’ lives.

The participants had stressed the importance of designing a thorough roadmap for the political process and to develop a national charter based on the principles of accountability, justice and human rights and a firm commitment to a civilian state.