The growing use of weaponised drones risks destabilising global peace and security and creating a “drone power club” among nations, that face no effective accountability for deploying them as part of their “war on terror”, a senior UN-appointed independent rights expert said on Thursday. 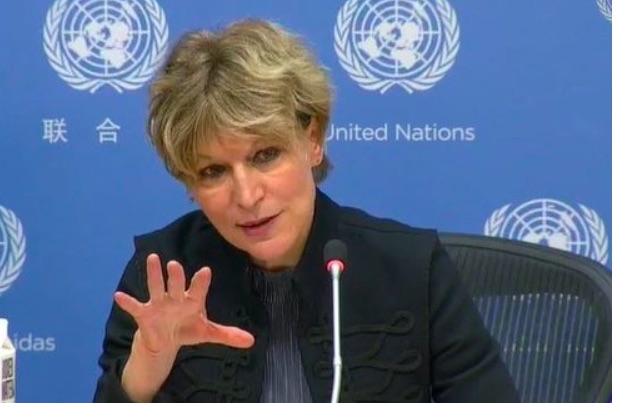 At the UN Human Rights Council in Geneva, Agnes Callamard, Special Rapporteur on extrajudicial, summary or arbitrary executions, said that more than 100 countries have military drones and more than a third are thought to possess the largest and deadliest autonomous weapons.

‘No red lines’ in drone warfare?

States who used them on the grounds of self-defence, “defined in a very elastic fashion” against purported terrorists, risked creating a situation where “there will be no red lines really”, she told journalists later.

“As more Government and non-State actors acquire armed drones and use them for targeted killing, there is a clear danger that war will come to be seen as normal rather than the opposite of peace,” Ms. Callamard said. “War is at risk of being normalized as a necessary companion to peace, and not its opposite.”

Appealing for greater regulation of the weapons, and lending her support to calls for a UN-led forum to discuss the deployment of drones specifically, the Special Rapporteur insisted that their growing use increased the danger of a “global conflagration”.

Such a move was necessary because “a small number of rather influential States” had sought to reinterpret the law of self-defence under Article  51 of the UN Charter, she explained.

She urged UN Security Council to meet in formal session to review and debate all such self-defence claim, before recommending that the High Commissioner for Human Rights should produce an annual report on drone strikes casualties for the Human Rights Council.

There was now the “very real prospect that States may opt to ‘strategically’ eliminate high-ranking military officials outside the context of a ‘known’ war”, she explained, and that they might seek to justify the killing “on the grounds of necessity – not imminence” as the target was classified as a “terrorist who posed a potential, undefined, future threat”.

In particular, she cited the killing by drone strike in Iraq of Iranian General Qassem Soleimani on 3 January for which the United States claimed responsibility and which she insisted was a violation of the UN Charter.

“Targeted killings until very recently to drones had been limited to non-state actors,” she told journalists. Until, for the first time in January 2020, a State armed drone targeted a high-level official of a foreign State and did so on the territory of a third State.”

But she noted that their benefits were as “illusory” as the “myth of a surgical strike”.

Because of the current absence of effective oversight, it was “practically impossible to know whether a person(s) killed in a drone strike was, in fact, a lawful target”, Ms. Callamard said, adding that harm to civilian populations, including deaths, injuries and trauma, was likely largely under-reported.