From the Antimilitarist Movement of Colombia we express our deep concern and absolute rejection of the actions led by the Government of Colombia, at the head of the Ministry of National Defense and in coordination with the US Government, regarding the arrival in Colombia of a US Security Force Assistance Brigade -SFAB.

[Editor’s note. According to Wikipedia, a brigade of the US Army usually includes more than 4000 personnel.] 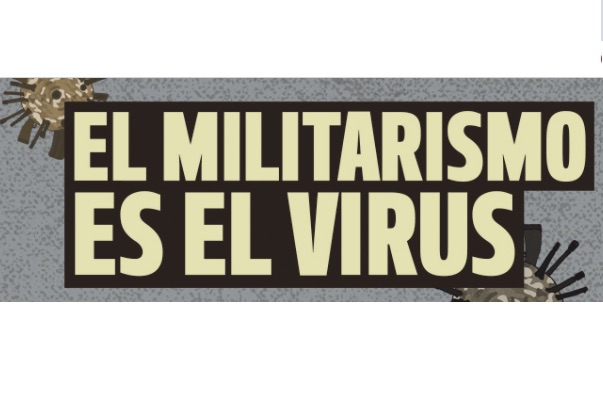 This elite corps was formed 17 years ago by experts in the execution of military operations led by brigade commanders who have been in Iraq and Afghanistan. Their presence in Colombia is a latent threat to Human Rights and International Humanitarian Law. This was assessed in 2009 by the Constitutional Court, when it made constitutional control and rejected the bilateral military agreement between the US and Colombia, headed by Barack Obama and Álvaro Uribe Vélez, which contemplated the arrival of US uniformed personnel to seven military bases in Colombia.

The United States’ military presence in Latin America has been transformed in recent years. Currently, the official presence of US military estates is concentrated in strategic points on the Pacific and Caribbean coasts, in El Salvador (Comalpa), Cuba (Guantánamo), Aruba, Curação and Puerto Rico, while a negotiation with the government is taking place. Bolsonaro for the establishment of military bases in Brazil. But this does not mean that the American military presence is decreasing, it is transforming. There is evidence of a growing network of informal facilities that support US operations in the region, the so-called “quasi-bases” are military units that can be installed without prior authorization from parliaments. Parallel to this transformation, it is noteworthy that since 2017 the United States has been carrying out military actions in the Amazon from the management of the Brazilian Army and with their collaboration in Colombia and Peru.

The presence of the -SFAB brigade in Colombia is an unconstitutional military action, given the serious damage and multiple human rights violations that the presence of foreign armed actors in the territories brings, including:

1. Threatening the fundamental right to Peace;

3. It considerably exposes and threatens the physical and emotional integrity of girls and women, who on previous occasions have been raped and violated by the US military, as confirmed by women’s organizations and the reports of the Historical Conflict Commission; and not least,

4. It is a latent threat of transnational war, because it is presumed that the US will use Colombian territory for strategic purposes of opposition to the government of Venezuela, whose international allies,including Russia and Cuba, they would become per se enemies of Colombia, the US “Strategic Ally”. Extremely serious situation for Colombia and the countries involved.

1. We strongly question and reject the militaristic and warlike policies promoted and implemented by the Colombian and US governments, led by Iván Duque and Donald Trump, whose violent actions violate and threaten the lives of the entire Colombian civilian population, thus like its natural ecosystems.

2. We absolutely reject the presence of the US military, and of any other army, in Colombian territory, that legalizes war as an exercise of territorial control.