We heard George Floyd cry “I can’t breathe” and “Momma, I love you” on the recording of his lynching in the streets of Minneapolis. The image of a white officer choking the life out of a Black man while fellow officers looked on is viscerally reminiscent of the lynching photographs that were used to terrorize African-Americans for decades in this nation. 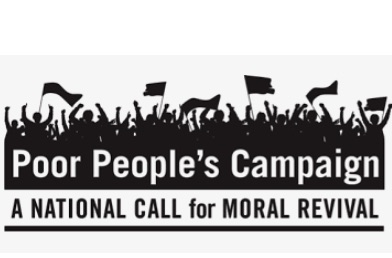 We have also watched as crowds of people—black, white, and brown; gay, straight, and trans—have taken to those same streets to cry out against systemic racism. Protestors are right to decry such brutal and inhumane treatment as racism. Thank God people are in the streets, refusing to accept what has been seen as normal for far too long. What a shame it would be if this nation could watch a policeman murder another human being, then pose like a hunter with his prey while his colleagues looked on, and there not be protest, anguish, anger, outrage, and moral disruption.

All that is needed to understand why Black people are crying out is to ask what the response of our justice system would have been if a video had emerged of four black men doing that to a white man. We all know what racism looks like. But the lethal violence of racist officers is only one manifestation of the systemic racism that is choking the life out of American democracy.

The mentality that crushes a brother’s neck – as in the case of George Floyd in Minneapolis – or shoots a man jogging because of his skin color – as in the case of Ahmaud Arbery – is the same mentality that sends black and brown and poor and low-income workers of all colors into the lethal path of the COVID-19 pandemic without needed protections, health care and economic resources.

Whether it is police abuse of power or policy abuse of power, these deaths serve as a collective knee on the necks of people of color.

The people’s demand for love, truth, justice and fundamental human rights is a cry that will not be comforted until change fully comes. This demand is rooted in the mental, social and political trauma caused by seeing violent deaths year after year at the hands of far too many police departments and judicial systems with no one held accountable.

Please join us this week as we continue to speak truth to power and hold this nation accountable for its violence.

Join us for a cultural day of action today, June 1st, to let others know that Somebody’s hurting our people… it’s gone on far too long… #WeWontBeSilent anymore! We rise together on June 20, 2020! #EverybodysGotARightToLive!

Check out our Culture Days of Action Digital Toolkit for virtual banners, songs, signs and social media posts to share. Image

Please join the final Prophetic Council call before the June 20, 2020 mobilization. On our call Rev. Barber, Rev. Liz, and Campaign leaders from across the nation will share updates and ground us spiritually for the struggle ahead.

Register for the call

On Thursday, June 4 at 9pm EST/ 6pm PST the Moral Fusion Student Fellows will host a Facebook Live event featuring students and recent graduates talking about the impact of campus closures, police violence, the economic crisis, and COVID19, and demonstrate the importance of organizing and mobilizing for June 20. Join us at FB.com/ANewPPC

If we take time to listen to this nation’s wounds, they tell us where to look for hope. The hope is in the mourning and the screams, which make us want to rush from this place. There is a sense in which, right now, we must refuse to be comforted too quickly. Only if these screams and tears and protests shake the very conscience of this nation—and until there is real political and judicial repentance—can we hope for a better society on the other side of this.

The very people who have been rejected, over and over again, are the ones who have shown us the possibility of a more perfect union. On June 20th, 2020, poor and low-income Americans of every race, creed, culture, and sexuality will come together for the Mass Poor People’s Assembly and Moral March on Washington Digital Gathering to lift up a new moral agenda in our public life that promises transformative change to heal the wounds of systemic racism.

Register to join us.

Forward together, not one step back!

(Thank you to Tikkun and Rabbi Michael Lerner for calling this post to our attention.)

2 thoughts on “USA: An uprising is a collective gasp for life”