Resuming talks between the Colombian Government and the guerillas National Liberation Army (ELN) in Caracas, Venezuela, on Tuesday (Nov 22) , demonstrated willingness to move towards peace. 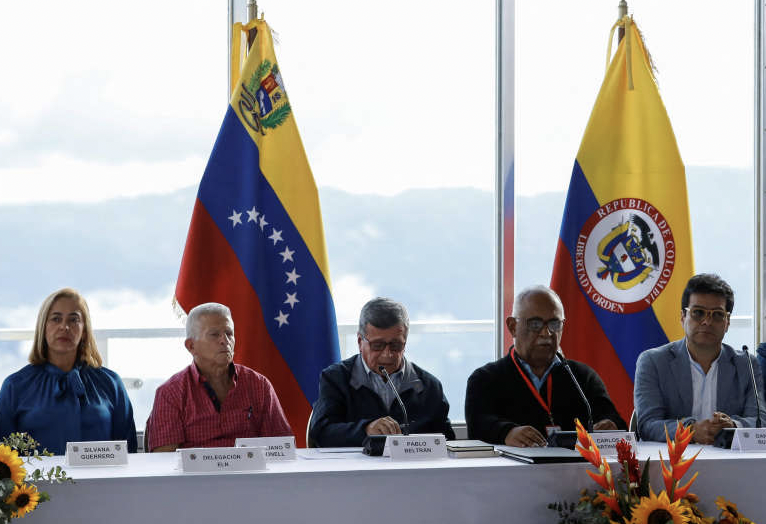 Despite the differences that may exist, the negotiators expressed in a joint declaration their disposition, optimism, certainty, and hope to resume talks, with a political and ethical will, that have been frustrated over the years,

High Commissioner for Peace Danilo Rueda expressed certainty in achieving a satisfactory conclusion “with all the differences we may have” because we have found in the delegation a kind attitude and the compliance this time to reach peace.

The head of the ELN delegation, Pablo Beltrán, stated that the Colombians “cannot see each other as enemies,” the work we have done is reconciliation, finding common points again, and building a nation in peace and equity.

Historical Pact Senator Iván Cepeda underlined his faith and hope that the changes of the Government peace delegation are true, as we have started in a few hours to “experience tuning” with the ELN peace delegation

Cuba, Norway, and Venezuela, the guarantor countries of the peace talks, have seen the process, that began on Monday, with hope. The Colombian Government and the ELN signed for this process in Caracas on October 4 and expressed gratitude for the trust placed in them.