An article from the prefeitura de Petrópolis

Four lectures are part of the program elaborated by the Petrópolis da Paz Program, for the III International Week of Restorative Justice. The event, which takes place online, will open next Monday (15th), at 3:30 pm, broadcast by the City Hall’s official networks, such as Facebook and Youtube. 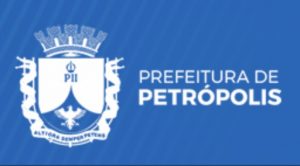 “This event encourages a new vision of conflicts while giving a voice to victims and offenders, valuing, for example, the maintenance of family, school and community ties”, explains the interim government.

“The III International Week celebrates restorative practices and represents the incessant work of the Petrópolis da Paz Program in its aspect of Restorative Justice in the recognition and expansion of the remarkable effects of these practices in our city and throughout the world”, highlights the coordinator of the Petrópolis Program of Peace.

The event is being organized by Vanessa Siqueira, the Program’s Restorative Justice coordinator. “It connects us with the world and with actions aimed at a culture of peace.

We are celebrating another year of achievement in our city by joining this international movement. Once again, we have the participation of renowned guests”, he explains, adding: “May this week inspire us and connect us to continue opening paths so that restorative justice and Movement Circles are present in schools, communities and other spaces.