This is the season for the olive harvest in the Middle East. According to Al Jazeera, “About 80,000 to 100,000 Palestinian families rely on the olive harvest, which takes place every year between October and November, for their income – including more than 15 percent of working women.”

CPNN has received, read and appreciated the video below in which the olive trees and olive harvest are seen as a symbol for the movement for justice in Palestine. 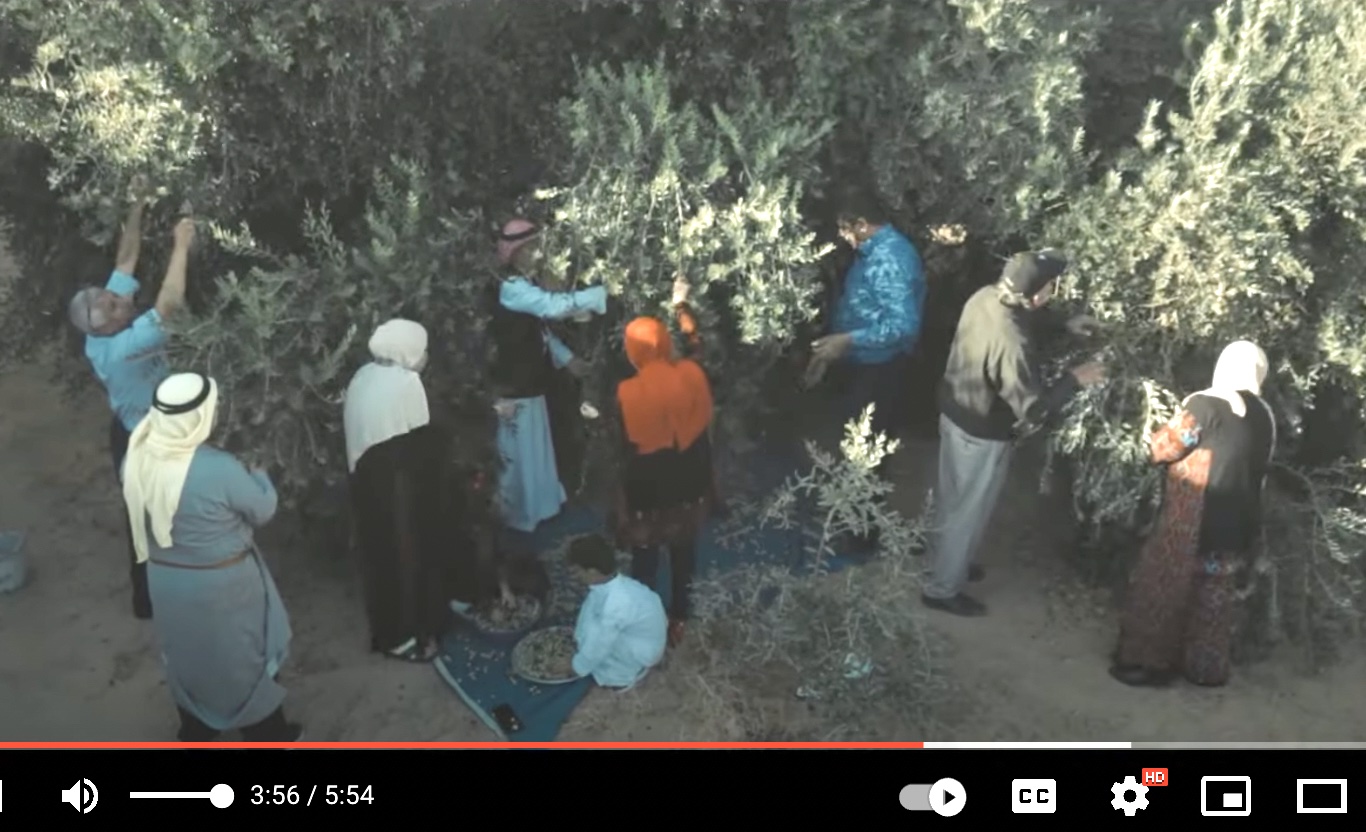 `A scene from the video “The olive trees are growing again in Gaza.”

Unfortunately, there are forces in Israel opposed to justice in Palestine, and for them the olive tree and olive harvest is also a symbol but one that they wish to destroy.

According to the same article in Al Jazeera, “During the 2020 olive harvest season, OCHA documented  at least 26 Palestinians injured and more than 1,700 trees vandalised. As of October 4, 2021, the UN group for humanitarian affairs recorded at least 365 settler attacks against Palestinians. This week, a 10-day campaign  to aid and protect farmers was launched in areas considered to be at high risk of Israeli settler attacks.”

The 10-day campaign mentioned by Al Jazeera is managed by the Union of Agricultural Work Committees. In response on October 19, the Israeli government has outlawed this organization, along with five others, claiming that that they are “terrorist.”

Human Rights Watch , in a joint statement with Amnesty International, writes the following about the Israeli decision :

(continued in the right column)

(continued from the left column)

“This appalling and unjust decision is an attack by the Israeli government on the international human rights movement. For decades, Israeli authorities have systematically sought to muzzle human rights monitoring and punish those who criticize its repressive rule over Palestinians. While staff members of our organizations have faced deportation and travel bans, Palestinian human rights defenders have always borne the brunt of the repression. This decision is an alarming escalation that threatens to shut down the work of Palestine’s most prominent civil society organizations. The decades-long failure of the international community to challenge grave Israeli human rights abuses and impose meaningful consequences for them has emboldened Israeli authorities to act in this brazen manner.

“How the international community responds will be a true test of its resolve to protect human rights defenders. We are proud to work with our Palestinian partners and have been doing so for decades. They represent the best of global civil society. We stand with them in challenging this outrageous decision.”

Despite the official Israeli position, there are are Israelis who support the Palestinian olive harvest. In another website we find the following:

“There are repeated efforts to replant destroyed trees, including by Israeli activists, who earlier this year brought 200 trees to plant in Burin.

“A week later we came [back again] and a lot of the trees were uprooted — the new trees — so we replanted them,” said Rabbi Nava Heretz.

A member of the Israeli organisation Rabbis for Human Rights, the 66-year-old has for years been harvesting olives alongside Israeli and foreign volunteers. Activists have also been attacked by settlers, including an elderly rabbi whose arm was broken in 2019.

“We are going to places where there is a threat on the Palestinian farmers,” she said, standing between olive trees in the Burin area.”

The article concludes with remarks from a Palestinian:

“Going beyond economics, Mr Abu Jiyab said olives remain an important symbol across Palestine. ‘Palestinians cherish this tree,’ he said, which has grown for hundreds of years.
‘Whether we are in the West Bank, the Gaza Strip, the border areas or far from the border areas, we consider this tree like one of our children.’”