In his message for the International Day of Non-Violence, on Saturday, the UN chief noted that the day provides an opportunity to usher in a “new era of peace, trust and tolerance”. 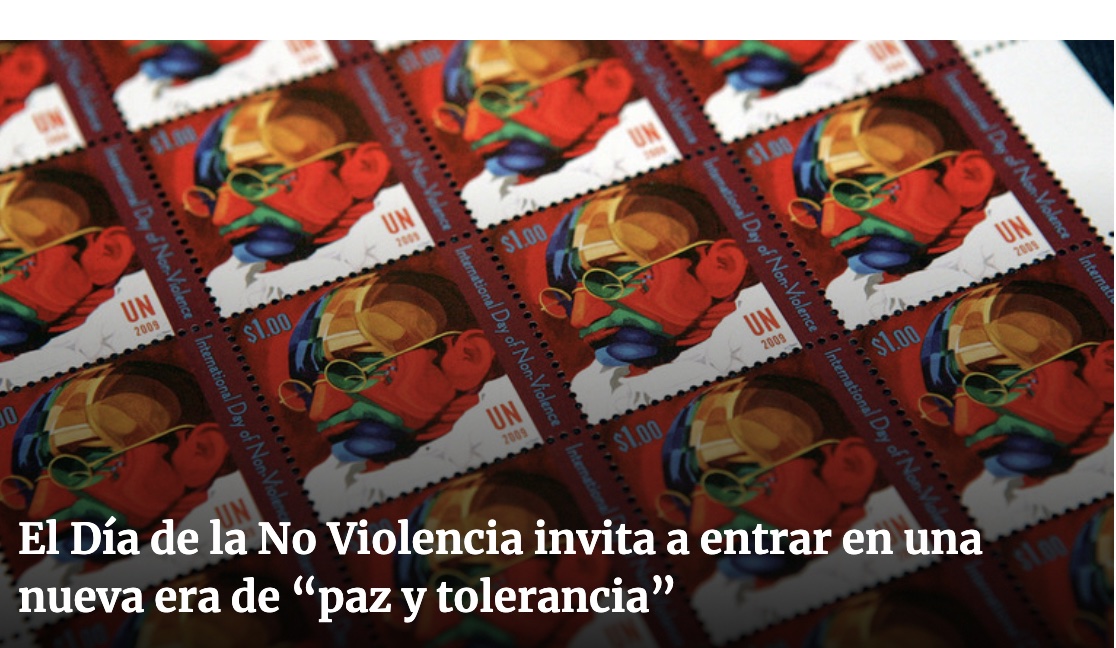 UN / Ryan Brown. Gandhi stamps created by the UN post for the International Day of Non-Violence.

Secretary-General António Guterres pointed out that it was no coincidence that the day coincides with the birthday of Mahatma Gandhi – leader of India’s independence movement and a founder of the principles of non-violence.

“For Gandhi, non-violence, peaceful protest, dignity and equality were more than words. They represented a guiding light for humanity, a map to a better future”, he said.

‘Template’ for the future

The UN chief also pointed to the movement as “a template” to confront today’s troubled times.

“Conflicts and climate change. Poverty and inequalities.  Mistrust and divisions.  All under the shadow of the COVID-19 pandemic, which continues to devastate people and economies alike”, he said.

The UN chief underscored that the solution to these challenges “is in our hands: solidarity”.
Solutions ‘in our hands’

The principle of non-violence, also known as non-violent resistance, rejects the use of physical force to achieve social or political change and has been adopted globally in campaigns for social justice.

“We need to recognize, as Gandhi did, that what unites us is far greater than what divides us. That peace provides the only pathway to a better future for all”, he said.

Coming together as one

Addressing global challenges means “coming together as one human family, and embracing peace like never before”, Mr. Guterres said, calling on combatants around the world to lay down their arms and “focus on defeating humanity’s common enemy – COVID-19 – not one another”.

He underscored the urgent need to deliver lifesaving vaccines and treatment, “and support countries in the long road to recovery ahead”; intensify efforts to reduce inequalities and end poverty; and create “a bold global plan of action” to heal the planet.

Most of all, flagged the UN chief, “we need to renew trust in one another”.

“Hatred, division, conflict and mistrust have had their day”, he said.  “It is time to usher in a new era of peace, trust and tolerance”.

Mr. Guterres urged everyone to “heed Gandhi’s message of peace and get down to the business of building a better and more peaceful future for all”.