An article from the Global Campaign for Peace Education

The announcement of the withdrawal of US troops from Afghanistan has initiated an essential discussion of the terms and conditions under which the demilitarization of security might be carried out without undermining the human security of the populations involved.  While the process of demilitarization will be long and complex, the immediate requirements of something more than careless abandonment are evident in Afghanistan. We urge the peace education community to inquire into the terms of the withdrawal of forces from Afghanistan that would be as ethical and constructive as possible. We see such an inquiry as a first step toward the design of a comprehensive and effective transition strategy from a militarized to human security system. In the near future further pieces on the problematic of troop withdrawals and human security will be shared here as we explore the possibilities for such design. 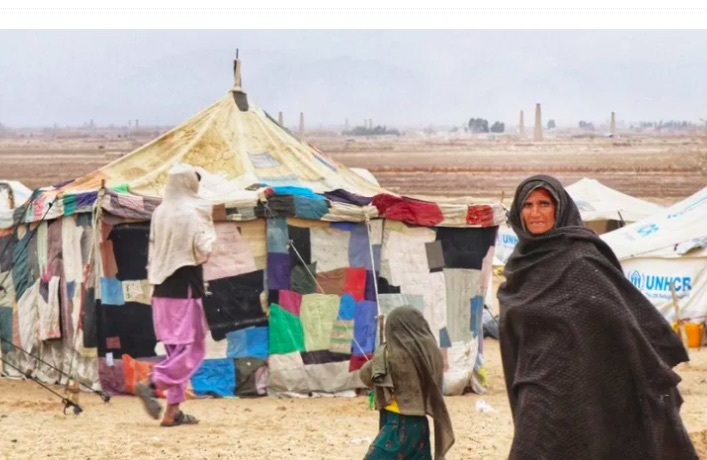 We recommend that educators begin this process with a discussion of Nicholas Kristof’s Op Ed in the May 17, 2021 issue of the New York Times reproduced below. Carefully review the multiple practical needs withdrawal that he outlines, and reflect together on Kristof’s assessment of the significance of education.  Also, note that he quotes our colleague and longtime GCPE member and IIPE participant, Sakena Yacoobi. And, if you are so moved, write to the President and other US responsibles, urging them to assure that the withdrawal process does not cause further suffering among the Afghan people.

Lying in her hospital bed in Kabul, Afghanistan, having survived an extremist group’s bombing  that killed more than 80 students at her school, a 17-year-old named Arifa was as determined as she was frightened.

“I will continue my education, even if I’m afraid,” Arifa, who hopes to become a doctor, vowed  to Richard Engel of NBC News.

Afghan girls and boys may lack books, pens and laptops, but in their thirst for education, they have plenty to teach the world. Indeed, one of the few things the extremists and the students seem to agree on is the transformational power of education, especially girls’ education.
In some hideous way, perhaps it was rational for fundamentalists to blow up the school, because girls’ education poses an existential threat to extremism. That’s why the Pakistani Taliban shot Malala Yousafzai in the head. It’s why the Afghan Taliban threw acid in girls’ faces.

In the long run, a girl with a book is a greater threat to extremism than a drone overhead.
“The way to long-term change is education,” said Sakena Yacoobi, a hero of mine who has devoted her life to educating her fellow Afghans. “A nation is not built on temporary jobs and mining rights, contractors and political favors. A nation is built on culture and shared history, shared reality and community well-being. We pass these down with education.”

Since 9/11, we Americans have sought to defeat terrorism and extremism with the military toolbox. As we pull our forces out of Kabul and Kandahar, this is a moment to reflect on the limits of military power and the reasons to invest in more cost-effective tools to change the world, like schooling.

After almost 20 years and $2 trillion, the mightiest army in the history of the world couldn’t remake Afghanistan. Some Americans are critical of President Biden for withdrawing from Afghanistan, but I think he made the right decision. I’ve long argued that we were losing ground and that the war was unsustainable.

I reached that conclusion after Afghan contractors in Kabul who supplied U.S. forces told me  that for every $1,000 America paid them, they gave $600 to the Taliban in bribes to pass through checkpoints. To support a single U.S. soldier in Helmand Province, contractors paid the Taliban enough in bribes to hire 10 men to fight against that American.

Yet while America’s longest war is unsustainable, we must remember our obligations. We should greatly accelerate visas for the roughly 17,000  Afghan translators, aides and others who have worked with the United States and will be in danger when our forces are gone. Otherwise, their blood will be on our hands.

So with a heightened appreciation of the limits of military power, let’s try to chip away at extremism with tools like education. It’s also much cheaper. For the cost of deploying a single soldier in Afghanistan for one year, we can establish and pay expenses of 20 rudimentary schools.

There’s a misperception that the Taliban will not allow girls to be educated. It’s not easy, but it can be done. The Taliban tolerates many girls’ schools, particularly primary schools and those with female teachers, but aid groups must negotiate with communities and win support. It doesn’t work to have a sign saying it’s donated by America.

“Most aid groups have been able to operate successfully on both sides of Taliban front lines,” noted Paul Barker, who has spent many years in the region as an aid worker.

Girls’ education is not a magic wand. Schools were built in all corners of Afghanistan over the last 20 years, yet this was not enough  to stymie the Taliban.

“It’s not that you go to school and suddenly are empowered,” a young Afghan woman told me. Let’s be honest: Nothing works as well as we would like to overcome extremism.
Yet this young woman is an example of what’s at stake. She studied on her own in the Taliban heartland and then was able to come to the United States — where she is now doing research on quantum algorithms.

Education is an imperfect weapon against extremism, but it helps. It works through some combination of opening minds, building a middle class, giving women a greater voice in society and reducing population growth and thus a destabilizing “youth bulge” in the population.

So I hope that as we, chastened, pull military forces from Afghanistan, we will learn something from extremists and their victims alike: Promoting girls’ education isn’t about mushy idealism, but about employing an inexpensive tool that is frustratingly slow — but sometimes the best tool we’ve got.

“There is no other way to build a nation,” Yacoobi told me. “Maybe someday we will melt down some of these guns and trade them in for medicines and new Homeric epics. If we wish to get there, we must always start with education.”