An article by Rose Lane from the Westender

From 1 to 3 June a weapons expo will be held at the Brisbane Convention Centre, but, unlike the Wedding Expo or the Health, Wellness, and Fitness Expo, for example, this one is not open to the public. 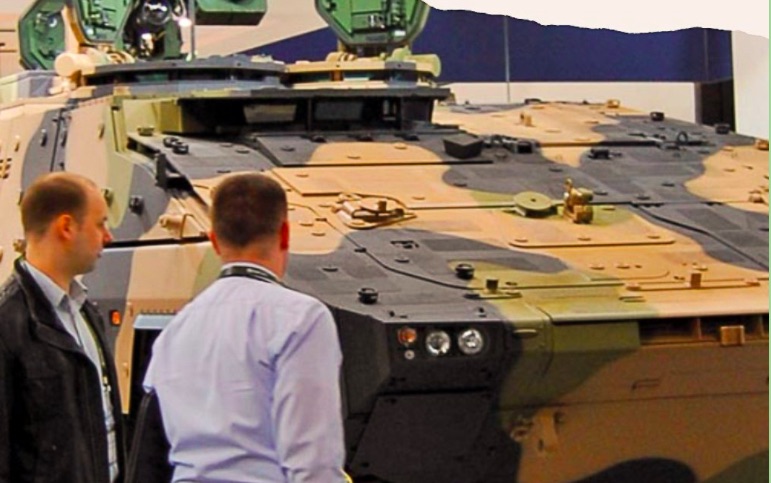 Land Forces 2021  is being organised by the AMDA Foundation, a not-for-profit organisation that originated in 1976 when it began conducting airshows. Over the past 45 years its purpose has expanded. The website states:

“The vision is for Australia to be strongly positioned as a nation at the forefront of aviation, aerospace, maritime, defence and security, with leading-edge resources and capabilities in industry, manufacturing and information/communications technology throughout the Indo-Asia-Pacific region and around the world.”

Their mission is to take Australia to the World by bringing the World to Australia.

Land Forces 2021 attendance is “reserved for those with a professional, government agency, business, academic, scientific, operational or response involvement in land defence and related industry sectors.” Fourteen stakeholders will be in attendance, including Boeing, Saab, Raytheon, Rheinmetall Defence, and Nioa, a Brisbane-based company that, since 2016, has donated almost $600,000 to the Katter’s Australia Party, and the Liberal National Party. (disclosures.ecq.qld.gov.au)

On Saturday 1 May a public meeting and art show entitled “Disrupt Land Forces” will be hosted by a coalition of organisations, including Wage Peace, Quakers Queensland, Just Peace, United Nations Association of Queensland, and others. It proposes to “raise public awareness” about the Expo, and to “seek to ban the Expo using non-violent action…expose companies in Brisbane engaged in weapons designing, engineering, and/or manufacturing” and “redirect the national conversation…”

The last Land Forces Expo was held in 2018 in South Australia and attracted 15,331 attendees from 26 countries. According to a spokesperson from the Department of State Development, Infrastructure, Local Government and Planning, “hosting Land Forces in Queensland is an opportunity to showcase the amazing defence, innovation, manufacturing, and maintenance operations” of the state. He said the expo “will give Queensland small and medium businesses a platform to generate quality leads, which will boost the industry and create more jobs for Queenslanders” and that manufacturing in the defence industry “employs nearly 180,000 people across Queensland, contributing over $19.2 billion to the economy and driving innovation across a range of growth sectors”.

However, local state member, Amy MacMahon argues that the money and energy invested in innovation and manufacture within the weapons industry could be better spent.

“Why are our best minds being used to make products to kill innocent human beings? Why are they not being used to create things that will foster partnerships and make the planet safer?”

Ms MacMahon argues the conflicts the Australian government has been involved in have been devastating, citing the refugees still being held in detention at Kangaroo Point as evidence. She claims that anything that feeds into warfare is problematic and that there is a lack of transparency over where public money is spent.

When asked how much money the State Government had invested in Land Forces 2021 the Department of State Development stated, “The sponsorship amount to be paid for the 2021 event is confidential under the terms of the sponsorship agreement”.

Organisers of the Disrupt Land Forces claim Australia spends $98.9m a day on defence and related industries, money that could be better spent on public housing, health, employment, and education. They claim increasing militarisation does not, as the government claims, make Australians safer:

“Australia’s national security is better served through adopting an independent foreign policy; relationship building with all our Asian neighbours; managing conflicts without violence; finding diplomatic solutions rather than depending on militarism; creating a culture of peace, e.g. adding Australia’s signature to the Treaty on Prohibition of Nuclear Weapons”

Christine Venner Westaway from Quakers Queensland, argues more investment in war only begets more war, and that talk of an increasingly hostile China and claims of job creation are merely used to justify making money from the arms trade. Ms Westaway cites the example of the New Zealand defence force sent to war-torn Bouganville on a peace-keeping mission as an example of how peace can be achieved without the use of weapons. In 1997 NZ troops entered Bouganville without weapons, instead taking music and culture to share with the people. As Bouganville is a matrilineal society, more female troops were included in the mission. According to NZ website RNZ,

“When the NZ led mission went in, what it did was it created space. We were able to get their trust to such an extent that they handed in their guns, and they would talk to each other.”

A documentary Soldiers Without Guns  was made about the mission and released in 2019.

The meeting on 1 May will be held at Jagera Hall, Musgrave Park from 2.30 to 4.30pm and speakers include MP Amy MacMahon; Binil Kattiparambil from the Islamic Council of Queensland; Gamilaraay and Kooma radio host and podcaster, Boe Spearim; and Zelda Grimshaw from Wage Peace.

Details at this LINK.