The head of the State Judiciary, Judge Eduardo Pinacho Sánchez, affirmed that mediation, conciliation, arbitration and restorative justice are alternative methods of conflict resolution through dialogue between the people involved. This allows them to resolve their problems without the need to go to a judge, since it gives the parties the opportunity to agree through free will, cooperation and communication, strengthening the culture of peace. 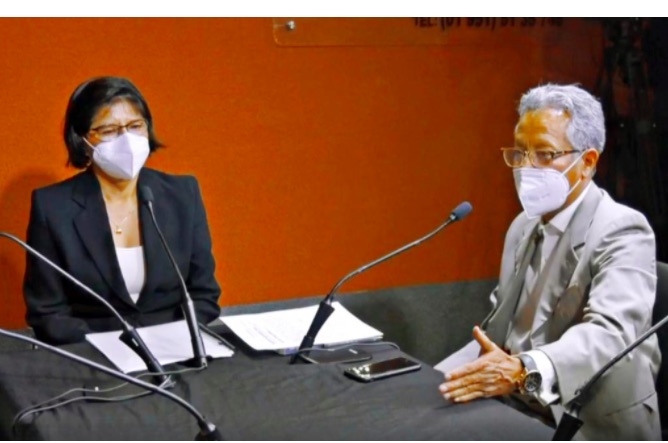 “It is often thought that the judicial process is a peaceful method of resolution, but sometimes it is not like that because it re-victimizes and is more difficult. Instead, there are more friendly procedures such as alternative justice”, he emphasized in an interview for an opinion radio space.

The president of the Superior Court of Justice and the Council of the Judiciary indicated that this is a traditional way used in Oaxaca for a long time by indigenous peoples and communities to resolve differences between their inhabitants in a daily and effective way.

After emphasizing that alternative methods of conflict resolution contribute to a peaceful environment, he pointed out that it is also an issue that must be promoted from the family and the basic levels of education to instill in young people the culture of peace and dialogue.

Among the challenges that persist is this issue, Judge Pinacho Sánchez mentioned the strengthening of training for mediators and having more human, material and technological resources.

For her part, the director of the Alternative Justice Center of the State Judicial Branch, Betzzaida Cruz Mendoza, commented that in Oaxaca the experience in conflict resolution through alternative methods has been positive in allowing to address neighborhood issues and matters of family, civil and even criminal conflict with good results since the objective of mediation is to promote the culture of peace.

The Alternative Justice Center of the State Judiciary is located on Madero road number 908 letter K. Former marquesado, Centro. The telephones are: 951 514 9191 and 800 821 67 89 and the services provided are free.