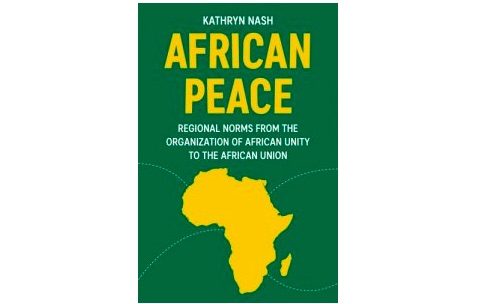 African regional organizations have played leading roles in constructing collective conflict management rules for the continent, but these rules or norms have not been static. Currently, the African Union (AU) deploys monitors, authorizes peace support operations, and actively engages to resolve internal conflicts. Just a few decades ago, these actions would have been deeply controversial under the Organization of African Unity (OAU). What changed to allow for this transformation in the way the African regional organization approaches peace and security?

African peace examines why the OAU chose norms in 1963 that prioritized state security and led to a policy of strict non-interference – even in the face of destabilizing violence – and why the AU chose very different norms leading to a disparate conflict management policy in the early 2000s. Even if the AU’s capacity to respond to conflict is still developing, this new policy has made the region more willing and capable of responding to violence. Nash argues that norm creation largely happened within the African context, and international pressure was not a determinant factor in their evolution. The role of regions in the international order, particularly the African region, has been under-theorized and under-acknowledged, and this book adds to an emerging literature that explores the role of regional organizations in the Global South in creating and promoting norms based on their own experiences and for their own purposes.