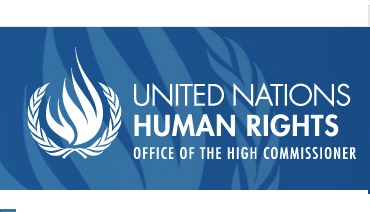 At the end of a two-week visit to Venezuela, Douhan said the sanctions have exacerbated pre-existing calamities. They have resulted in the economic, humanitarian and development crisis, with a devastating effect on the whole population of Venezuela, especially but not only those in extreme poverty, women, children, medical workers, people with disabilities or life-threatening or chronic diseases, and the indigenous populations.

“Lack of necessary machinery, spare parts, electricity, water, fuel, gas, food and medicine, growing insufficiency of qualified workers many of whom have left the country for better economic opportunities, in particular medical personnel, engineers, teachers, professors, judges and policemen, has enormous impact over all categories of human rights, including the rights to life, to food, to health and to development.

“Due to the complexity of the situation I sought to meet the widest range of people to listen to their experience and insights. I met government officials, diplomats, international agencies, opposition leaders, non-governmental organizations, lawyers, doctors, teachers, academics, victims of human rights violations, representatives of private business and of the church, as well as ordinary people,” Douhan said.

Sanctions were first imposed against Venezuela in 2005 and have been severely strengthened since 2015, with the most severe ones being imposed by the United States.

Douhan stressed that unilateral measures are only legal if they are authorised by the UN Security Council, or used as countermeasures, or do not breach any obligation of States, and do not violate fundamental human rights. She called on the countries to observe principles and norms of international law and reminded them that humanitarian concerns should always be taken into account with due respect to mutual respect, solidarity, cooperation and multilateralism. She plans to issue a full report on her mission in September 2021.