A statement from The Transnational

On top of all the global problems we must solve as soon as possible comes the Corona. This statement argues that the priorities of the world are – well, perverse; everything the UN does amounts to 3% of the global military expenditures.

TFF’s Board suggests that all countries reduce their military by 50% immediately. That would save about US$ 1000 billion. And that that huge sum should be re-allocated to solve the problems we had and the socio-economic consequences of the Corona pandemic.

That would also – finally – be a step to prove that governments are willing to implement a policy for true disarmament and move towards human and common security for the common good.

In a civilised world, this should be common sense.
If you do not want to read the whole argument, just scroll down and sign this statement. 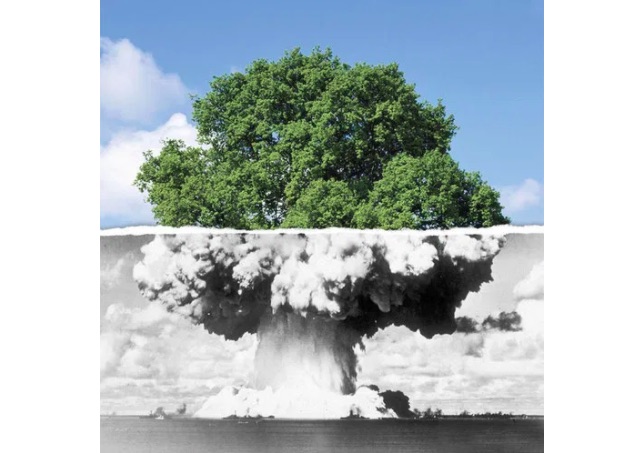 “We’ve likely only seen the beginnings of the worldwide economic consequences of the Coronavirus. For those who want to see, there are forecasts of a deep economic crisis written on all the walls.

Before the Corona, the world faced huge problems that – among other resources – require funds to solve: huge sums. Think the 17 UN Development Goals, think technological innovation; think the global climate/warming crisis; think the rebuilding of war-torn countries and think the reduction towards zero and repatriation of the world’s 80 million displaced people.

And think funds to convert the present military systems towards another, less costly way of creating security. We have just experienced how the outdated non-human security has deprived us of the needed resources when the Corona hit. Recklessly, virtually all governments had ignored a predictable civilian challenge but wasted billions of taxpayer money on weapons and war.

The Corona should be a wake-up call.

So we ask: Where are the funds going to come from to solve humanity’s most urgent problems before they become too big to solve?

It seems that most governments believe that the annual world military expenditures – ranging around US$ 2000 billion, the highest ever – can be maintained. Some even believe their national expenditures must increase substantially.

The same governments believe that the world’s most important organisation of which they are all members – the United Nations and its organisations – can do what it must on a regular budget of US$ 3 billion and total annual expenditures of US$ 50-60 billion. That is 3 per cent of the costs of global militarism.

Those are the priorities of our world. It’s not sustainable in Corona times – if it ever were. It is ethically indefensible too. And it produces neither security nor peace.

Perhaps the incomprehensible sum of US$ 2000 billion would be justified if the world experienced solid defence and security as well as trust, cooperation and peace.
But the fact is that there are more tension, hatred, dominance attempts, new kinds of wars added to old ones and much more terrorism than before the US-led Global War on Terror.

Furthermore, one country after the other has been destroyed since the end of the First Cold War in 1989-90. It has been possible thanks to a systematic violation of international law, including in particular the UN Charter.

(Statement continued on the right column)

(Statement continued from the left column)

Imagine that every country in the world would reduce its military expenditures by at least 50%. Then we would have US$ 1000 billion.

Is it a large or small sum?

It’s equivalent to what China in 2013 put behind the Belt and Road Initiative, BRI – a cooperative effort around infrastructure, fast physical and digital communication, sea and land transport, education and cultural exchange, and much more. Today it involves around 80 countries, some on all continents and it is open to everyone.

The philosophy behind it is, at least theoretically, one of peace. It dates back to the Panchsheel Treaty of 1954, the five principles of peaceful coexistence.

Beyond doubt, this is the largest and most positive cooperation project in today’s world. It is the project that will give birth to – if it has not already? – a new multi-polar world order based more on cooperation than confrontation.

There is, therefore, no doubt that a substantial conversion of, say, US$ 1000 billion from the military to the solution of humanity’s common problems would provide a desperately needed boost for the common good.
(This argument does not rest on any assumption that money is the primary tool to solve problems; that takes lots of non-material qualities. But with economies falling apart at a moment when all economies need funds for” rebooting humanity,” this is a straightforward thing to do with a rather large bang for the buck).

Additionally, lots of human and other resources, knowledge, experience and equipment today operated by the military could be converted and put to civilian tasks.
Such a conversion would boost employment – as there exists no documentation for the often-stated assertion that military investments boost employment more than civilian investments. It is, rather, comparatively wasteful.

Ours is not the time for more militarism, warfare and antagonism. The net effect of military investments is suffering, destruction (of lives, capital and property) and unavoidable environmental destruction.

Furthermore, every military dollar stands in the way of precisely  that global cooperation without which we are doomed. And it is not matched by a security or peace effect.

Time is up for those who strut about and try to master others by violence or the threat of it. Militarism and warfare are now as outdated and indefensible as is slavery, absolute monarchy, dictatorship, child labour, rape and discrimination. These are phenomena we have decided, in the name of civilisation, to abolish or condemn.

If you feel we cannot, very quickly, reduce or abolish militarism, nuclearism and warfare but should uphold at least some self-defensive military capacity, that should be discussed. It’s in line with Article 51 of the UN Charter.

That would mean much more dis-armament than the suggested 50% and it would mean trans-armament toward a new way of handling our unavoidable conflicts, create security in diversity and with defensive military and civilian means, and – thereby – realise the peaceful future which 99% of citizens around the world strongly desire.

There are, indeed, alternatives. But minds, as well as other resources, need to be liberated before it’s too late.

So, to begin with: Reduce everybody’s military expenditures equally much, say 50%. And see the marvellous positive results – politically, economically and in terms of peace. Then move on.

A better world is possible. And the Corona is a benign wake-up call compared with World War III.

We need to use the Corona crisis constructively.

In this 11th hour, humanity’s situation makes it abundantly clear to us that it is either cooperation and coexistence or destruction and no existence.”

Almost 400 TFF Associates and friends of the foundation have already endorsed this statement – see them all further down. They are some of the most peace competent and concerned citizens in the world.
You can trust their judgement, and now it is your turn!